The Book of Revelation in the Arts over Two Millennia 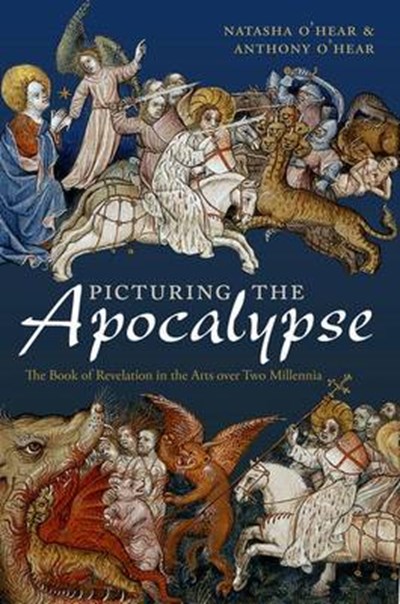 The Book of Revelation in the Arts over Two Millennia

eBook FAQ
Add to Basket
Publisher: Oxford University Press
ISBN: 9780199689019
Number of Pages: 368
Published: 25/06/2015
Width: 16.2 cm
Height: 23.5 cm
Description Author Information Reviews
The book of Revelation has been a source of continual fascination for nearly two thousand years. Concepts such as the Lamb of God, the Four Horsemen, the Seventh Seal, the Beasts and Antichrist, the Whore of Babylon, Armageddon, the Millennium, the Last Judgement, the New Jerusalem, and the ubiquitous angels of the Apocalypse have captured the popular imagination. One can hardly open a newspaper or click on a news site without reading about impending financial or climate-change Armageddon, while the concept of the Four Horsemen pervades popular music, gaming, and satire. Yet few people know much about either the basic meaning or original context of these concepts or the multiplicity of different ways in which they have been interpreted by visual artists in particular. The visual history of this most widely illustrated of all the biblical books deserves greater attention. This book fills these gaps in a striking and original way by means of ten concise thematic chapters which explain the origins of these concepts from the book of Revelation in an accessible way. These explanations are augmented and developed via a carefully selected sample of the ways in which the concepts have been treated by artists through the centuries. The 120 visual examples are drawn from a wide range of time periods and media including the ninth-century Trier Apocalypse, thirteenth-century Anglo-Norman Apocalypse Manuscripts such as the Lambeth and Trinity Apocalypses, the fourteenth-century Angers Apocalypse Tapestry, fifteenth-century Apocalypse altarpieces by Van Eyck and Memling, Durer and Cranach's sixteenth-century Apocalypse woodcuts, and more recently a range of works by William Blake, J.M.W. Turner, Max Beckmann, as well as film posters and film stills, cartoons, and children's book illustrations. The final chapter demonstrates the continuing resonance of all the themes in contemporary religious, political, and popular thinking, while throughout the book a contrast will be drawn between those readers of Revelation who have seen it in terms of earthly revolutions in the here and now, and those who have adopted a more spiritual, other-worldly approach.

Natasha O'Hear specialises in artistic interpretations of the Book of Revelation. She completed a PhD on the subject at Oxford University in 2008 and this led to her first monograph with OUP in 2011 Contrasting Images of the Book of Revelation in Late Medieval and Early Modern Art: A Case Study in Visual Exegesis. She has also published several articles on the subject. Having formerly held a Lectureship in New Testament Theology at Worcester College, Oxford, she now teaches at Burlington Danes Academy in West London. Natasha has recently been appointed Honorary Lecturer in Theology, Imagination and the Arts at the University of St Andrews Anthony O'Hear is Professor of Philosophy at Buckingham University and Director of the Royal Institute of Philosophy. He has been a government advisor on education to five secretaries of state for education. He has been editor of the journal Philosophy since 1995, and is the author of many books and articles including The Great Books: From The Iliad and The Odyssey to Goethe's Faust: A Journey Through 2,500 Years of the West's Classic Literature (Icon Books, 2007), Plato's Children (Gordon Square, 2005), and Philosophy in the New Century (Continuum, 2001).