Not Forgetting the Whale 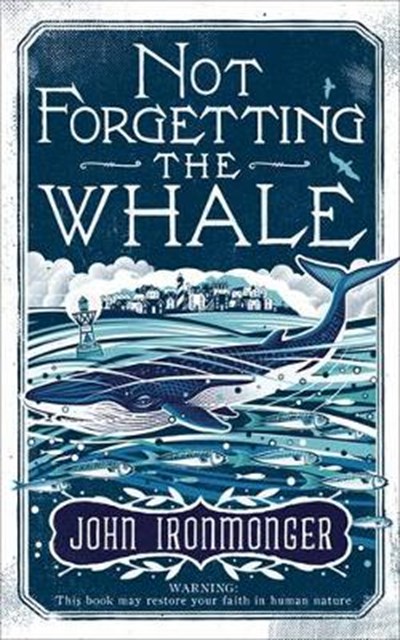 Not Forgetting the Whale

Publisher: Orion Publishing Co
ISBN: 9780297872030
Number of Pages: 384
Published: 12/02/2015
Width: 14.5 cm
Height: 22.3 cm
Description Author Information Reviews
When a young man washes up, naked, on the sands of St Piran in Cornwall, he is quickly rescued by the villagers. From the retired village doctor and the schoolteacher, to the beachcomber and the owner of the local bar, the priest's wife and the romantic novelist, they take this lost soul into their midst. But what the villagers don't know is that Joe Haak has fled the City of London fearing a worldwide collapse of civilisation, a collapse forecast by Cassie, a computer program he designed. But is the end of the world really nigh? Can Joe convince the village to seal itself off from the outside world? And what of the whale that lurks in the bay? Intimate, funny and deeply moving, Not Forgetting the Whale is the story of a man on a journey to find a place he can call home.

John Ironmonger was born and grew up in East Africa. He has a doctorate in zoology, and was once an expert on freshwater leeches. He is the author of THE GOOD ZOO GUIDE and the novels THE NOTABLE BRAIN OF MAXIMILIAN PONDER, which was shortlisted for the 2012 Costa First Novel Prize and the GUARDIAN's NOT THE BOOKER PRIZE, and THE COINCIDENCE AUTHORITY. He was part of a world record team for speed reading Shakespeare and once drove across the Sahara in a GBP100 banger. He lives in rural Shropshire with his wife Sue and has two grown-up children. Follow him on Twitter @jwironmonger or visit his website http://notablebrain.blogspot.co.uk.