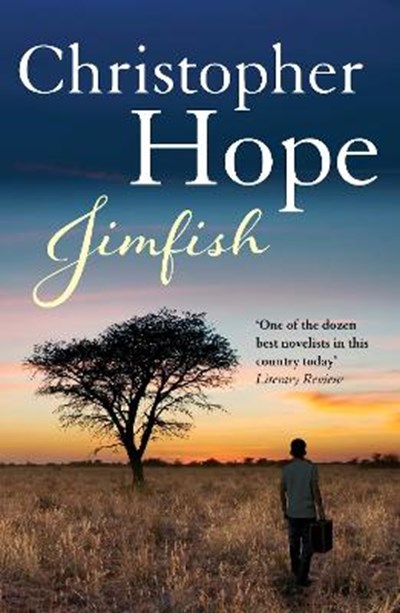 QTY
Add to Basket
Publisher: Atlantic Books
ISBN: 9780857898050
Number of Pages: 192
Published: 07/05/2015
Width: 16.1 cm
Height: 24 cm
Description Author Information Reviews
In the 1980s, a small man is pulled up out of the Indian Ocean in Port Pallid, SA, claiming to have been kidnapped as a baby. The Sergeant, whose job it is to sort the local people by colour, and thereby determine their fate, peers at the boy, then sticks a pencil into his hair, as one did in those days, waiting to see if it stays there, or falls out before he gives his verdict: 'He's very odd, this Jimfish you've hauled in. If he's white he is not the right sort of white. But if he's black, who can say? We'll wait before we classify him. I'll give his age as 18, and call him Jimfish. Because he's a real fish out of water, this one is.' So begins the odyssey of Jimfish, a South African Everyman, who defies the usual classification of race that defines the rainbow nation. His journey through the last years of Apartheid will extend beyond the borders of South Africa to the wider world, where he will be an unlikely witness to the defining moments of the dying days of the twentieth century. Part fable, part fierce commentary on the politics of power, this work is the culmination of a lifetime's writing and thinking, on both the Apartheid regime and the history of the twentieth century, by a writer of enormous originality and range.

Christopher Hope was born in Johannesburg in 1944. He is the author of nine novels and one collection of short stories, including Kruger's Alp, which won the Whitbread Prize for Fiction, Serenity House, which was shortlisted for the 1992 Booker Prize, My Mother's Lovers and Shooting Angels, published by Atlantic Books in 2012 to great acclaim. He is also a poet and playwright and author of the celebrated memoir White Boy Running(1988).