Grace Davie and the Study of Religion 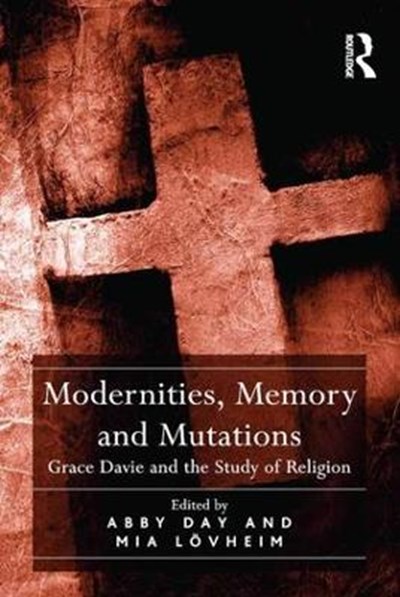 Grace Davie and the Study of Religion

eBook FAQ
Add to Basket
Publisher: Taylor & Francis Ltd
ISBN: 9781472436177
Number of Pages: 272
Published: 18/03/2016
Width: 15.6 cm
Height: 23.4 cm
Description Author Information Reviews
Grace Davie, one of the world's most influential scholars in contemporary sociology of religion, has furthered a tradition developed by David Martin and others in comparative sociology of religion and modernity in European and international perspective. Davie's writings on belief and belonging, particularly in a context outside active Church participation, have contributed important understandings of the cultural role of religion as memory and practice in contemporary European societies. Through her most recent work on new roles of religion in relation to the political, legal and welfare sectors of society, she has addressed debates on the resurgence of religion and the 'post-secular condition'. Modernities, Memory and Mutations presents an overview and critical engagement with contemporary themes in the sociology of religion which will inform current and forthcoming generations of scholars. Reflecting on how Grace Davie's contributions have influenced their own work and wider debates in the field, leading international scholars engage with themes Davie has critically explored across religious studies and mainstream sociology evolving a new research agenda for sociology of religion.

Dr Abby Day is Reader in Race, Faith and Culture in the Department of Sociology, Goldsmiths and Senior Research Fellow, Department of Religious Studies, University of Kent. She is Chair of the British Sociological Association's Sociology of Religion study group, and her most recent books are Believing in Belonging: Belief and Social Identity in the Modern World (2011) and Social Identities between the Sacred and Secular with Giselle Vincett and Christopher R. Cotter (2013). Dr Mia LAvheim is Professor in Sociology of Religion, University of Uppsala. Her research focuses on performances of religious and gender identity among youth, particularly on the Internet, and on representations of religion in Swedish daily press. Her work has appeared in the journals Nordicom Review; Information, Communication and Society; Feminist Media Studies; Culture and Religion and Nordic Journal of Society and Religion. She is the editor of Media, Religion and Gender: Key Issues and New Challenges (2013) and Mediatization and Religion: Nordic Perspectives with Stig Hjarvard (2012).