Evangelicalism and the Church of England in the Twentieth Century 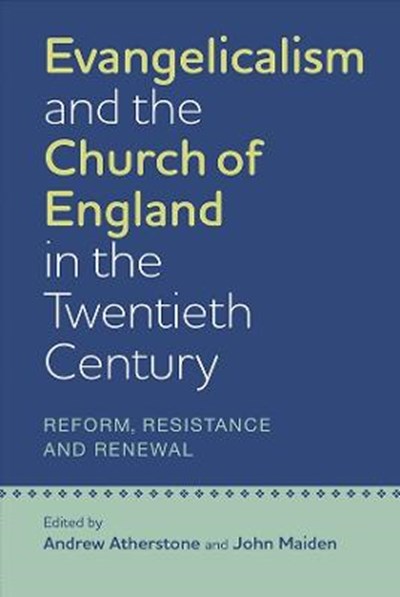 Evangelicalism and the Church of England in the Twentieth Century

Publisher: Boydell & Brewer Ltd
ISBN: 9781843839118
Number of Pages: 338
Published: 18/09/2014
Width: 15.6 cm
Height: 23.4 cm
Description Author Information Reviews
This volume makes a considerable contribution to the understanding of twentieth-century Anglicanism and evangelicalism. It includes an expansive introduction which both engages with recent scholarship and challenges existing narratives. The book locates the diverse Anglican evangelical movement in the broader fields of the history of English Christianity and evangelical globalisation. Contributors argue that evangelicals often engaged constructively with the wider Church of England, long before the 1967 Keele Congress, and displayed a greater internal party unity than has previously been supposed. Other significant themes include the rise of various 'neo-evangelicalisms', charismaticism, lay leadership, changing conceptions of national identity, and the importance of generational shifts. The volume also provides an analysis of major organisations, conferences and networks, including the Keswick Convention, Islington Conference and Nationwide Festival of Light. ANDREW ATHERSTONE is tutor in history and doctrine, and Latimer research fellow at Wycliffe Hall, Oxford. JOHN MAIDEN is lecturer in the Department of Religious Studies at the Open University. He is author of National Religion and the Prayer Book Controversy, 1927-1928 (The Boydell Press, 2009).

MATTHEW GRIMLEY is associate professor in modern history at the University of Oxford and fellow and tutor at Merton College.