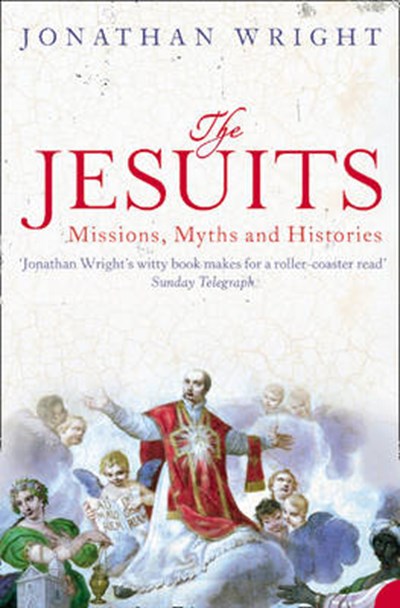 Join now Find out more
Publisher: HarperCollins Publishers
ISBN: 9780006532125
Published: 17/05/2005
Description Author Information Reviews
The Jesuits tells the fascinating, sprawling story of the most provocative and prodigious religious order in Roman Catholic history Over the course of five centuries, members of the Society of Jesus have travelled as missionaries to every corner of the globe, founding haciendas in Mexico, exploring the Mississippi and Amazon rivers and serving Chinese emperors as map-makers, painters and astronomers. These far-flung travels helped to establish their influence on the political and social history of countless countries over hundreds of years. The Jesuits accomplishments were wide-ranging: as well as the predictable roll call of saints and martyrs, the Society can also lay claim to the thirty-five craters on the moon named for Jesuit scientists. Jesuits have been pilloried and idolised on a scale unknown to members of any other religious order - they have died the most horrible deaths and done the most outlandish deeds. Whether they were loved or loathed, the dramatic impact of the Society of Jesus could never be ignored. It disrupted the certainties and hierarchies of the Roman Catholic Church, transformed the intellectual, cultural and spiritual landscapes of Europe, Asia and the Americas, and staked its claim as a potent force in the classroom, the pulpit and the loftiest bastions of political power. Though facing fresh crises and controversies, today's Jesuits are still active in the worlds of science and politics, education and devotion, playing their part in the complex transformations of the modern Catholic church. Jonathan Wright's fascinating study draws the reader into a gripping tale of myth and counter-myth, of adoration and banishment, of extraordinary achievements and spectacular failures. Contained within the Jesuits' rise, fall and rebirth are the successive chapters of Discovery, Reformation, Enlightenment and Revolution that have shaped our modern world.

Jonathan Wright was born in Hartlepool in 1969. He was educated at the universities of St Andrews, Pennsylvania and Oxford, where he gained his doctorate in History in 1998. He is currently at work on his second book for HarperCollins.

'It is an extraordinary story, which Wright tells colourfully. [His] book is full of vivid incident' Simon Callow, Guardian 'Jonathan Wright's witty book makes for a roller-coaster read' Eamon Duffy, Sunday Telegraph 'Wright brings a lightness of touch and a full-blooded humanity to the task of understanding the Jesuit mystique' Sunday Times 'Bursting with well-chosen anecdotes' Daily Telegraph