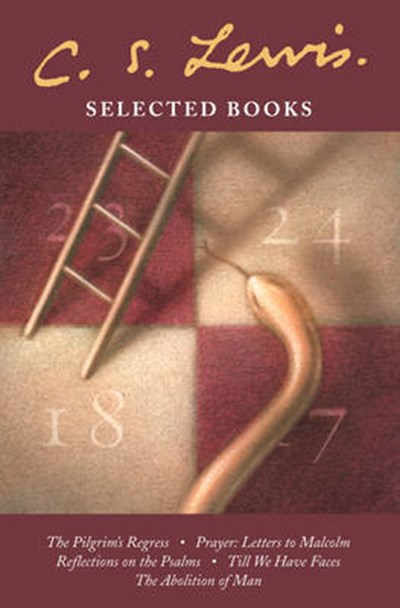 Join now Find out more
Publisher: HarperCollins Publishers
ISBN: 9780007137442
Published: 05/06/2002
Description Author Information Reviews
A comprehensive volume containing five of C S Lewis's best known inspirational and spiritual works. This new paperback contains five of C.S.Lewis's classic works, which are no longer available separately but are presented here in paperback as a highly readable and accessible volume. Each title a gem, each page a delight to read, here finally is the chance to own a library of some of the most loved C S Lewis titles - in one volume. The Pilgrim's Regress (1933), Lewis's first prose work' explains in allegory the elusive experience he calls Joy and its part in his conversion. Prayer: Letters to Malcolm (1964) was Lewis's last book in which he corresponds with an imaginary friend on various aspects of prayer. Reflections of the Psalms (1958) shares Lewis's thoughts on the Psalms which he knew almost by heart through daily attendance at his college chapel. The Abolition of Man (1944) examines the importance and relevance of universal values such as courage and honour in contemporary society. Till We Have Faces (1956), described by Lewis as 'the favourite of all my books', retells and interprets the story of Cupid and Psyche.

Clive Staples Lewis (1898-1963) was one of the intellectual giants of the twentieth century. He was a Fellow and Tutor in English literature at Oxford University until 1954 when he was unanimously elected to the Chair of Medieval and Renaissance English at Cambridge University, a position he held until his retirement. His major contributions in literary criticism, children's literature, fantasy literature and popular theology brought him international renown and acclaim. He wrote more than thirty books, allowing him to reach a vast audience and his works continue to attract thousands of new readers every year.

'He has a quite unique power for making theology an attractive, exciting and fascinating quest.' Times Literary Supplement