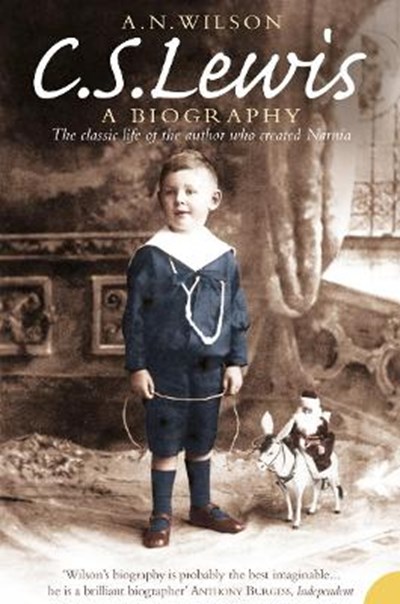 Join now Find out more
Publisher: HarperCollins Publishers
ISBN: 9780007202713
Number of Pages: 480
Published: 07/11/2005
Width: 12.9 cm
Height: 19.8 cm
Description Author Information Reviews
This acclaimed biography charts the progress of the brilliant, prolific writer, C. S. Lewis. C. S. Lewis was a deeply complex man, capable of inspiring both great devotion and great hostility. This acclaimed biography charts the progress of the clever child from the 'Little End Room' of his Ulster childhood and adult life, exploring Lewis's unwilling conversion to Christianity, the genesis of his writing, and the web of his relationships.

A. N. Wilson was born in 1950 and educated at Rugby and New College, Oxford. He was a lecturer at St Hugh's College and New College from 1976 to 1981, and was then appointed Literary Editor of the Spectator. He was made a Fellow of the Royal Society of Literature in 1981. His novels include The Sweets of Pimlico, The Healing Art, Wise Virgin and biographies of Walter Scott, Milton and Tolstoy.