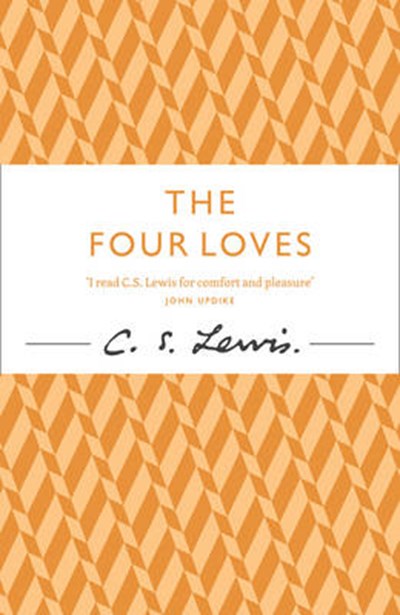 Join now Find out more
Publisher: HarperCollins Publishers
ISBN: 9780007461226
Published: 12/04/2012
Description Author Information Reviews
C.S. Lewis's famous work on the nature of love divides love into four categories: Affection, Friendship, Eros and Charity. The first three are loves which come naturally to the human race. Charity, however, the Gift-love of God, is divine in its source and expression, and without the sweetening grace of this supernatural love, the natural loves become distorted and even dangerous.

Clive Staples Lewis (1898-1963) was one of the intellectual giants of the twentieth century. He was a Fellow and Tutor in English literature at Oxford University until 1954 when he was unanimously elected to the Chair of Medieval and Renaissance English at Cambridge University, a position he held until his retirement.

'He has never written better. Nearly every page scintillates with observations which are illuminating, provocative and original.' Church Times