A Collection of Lewis' Most Moving Addresses 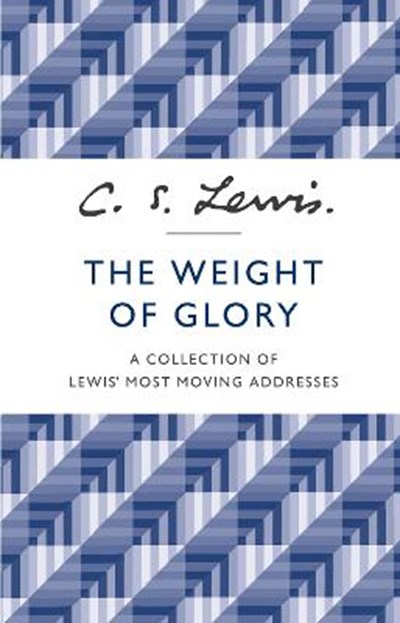 A Collection of Lewis' Most Moving Addresses

Join now Find out more
Publisher: HarperCollins Publishers
ISBN: 9780007532803
Number of Pages: 208
Published: 24/10/2013
Width: 12.9 cm
Height: 19.8 cm
Description Author Information Reviews
Selected from sermons delivered by C. S. Lewis during World War II, these nine addresses show the beloved author and theologian bringing hope and courage in a time of great doubt. Addressing some of the most difficult issues we face in our day-to-day lives, C.S. Lewis's ardent and timeless words provide an unparalleled path to greater spiritual understanding. Considered by many to be Lewis's finest sermon of all, and his most moving address, 'The Weight of Glory' extols a compassionate vision of Christianity an dincludes lucid and compelling discussions on faith. Also included in this volume are "Transposition," "On Forgiveness," "Why I Am Not a Pacifist," and "Learning in War-Time".

Clive Staples Lewis (1898-1963) was one of the intellectual giants of the twentieth century and arguably one of the most influential writers of his day. He was a Fellow and Tutor in English Literature at Oxford University until 1954, when he was unanimously elected to the Chair of Medieval and Renaissance Literature at Cambridge University, a position he held until his retirement. He wrote more than thirty books, and his works continue to attract thousands of new readers every year. His most distinguished and popular accomplishments include Mere Christianity, Out of the Silent Planet, The Great Divorce, The Screwtape Letters, and the universally acknowledged classics The Chronicles of Narnia. To date, the Narnia books have sold over 100 million copies and been transformed into three major motion pictures.

"I read Lewis for comfort and pleasure many years ago, and a glance into the books revives my old admiration." - John Updike "If wit and wisdom, style and scholarship are requisites to passage through the pearly gates, Mr. Lewis will be among the angels." - The New Yorker "C. S. Lewis is the ideal persuader for the half-convinced, for the good man who would like to be a Christian but finds his intellect getting in the way." - New York Times Book Review "Lewis, perhaps more than any other twentieth-century writer, forced those who listened to him and read his works to come to terms with their own philosophical presuppositions." - Los Angeles Times