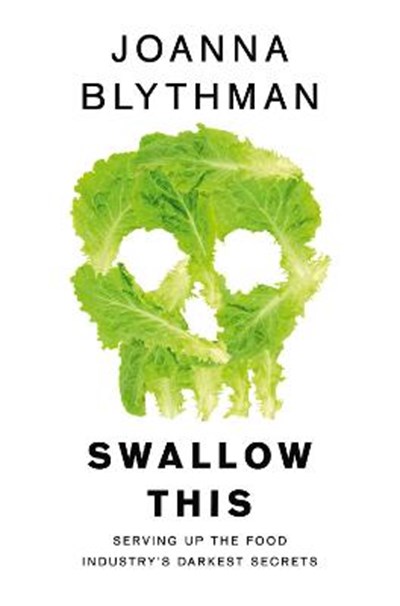 Join now Find out more
Publisher: HarperCollins Publishers
ISBN: 9780007548354
Number of Pages: 320
Published: 31/12/2015
Width: 12.9 cm
Height: 19.8 cm
Description Author Information Reviews
From the author of What to Eat and Shopped, a revelatory investigation into what really goes into the food we eat. Even with 25 years experience as a journalist and investigator of the food chain, Joanna Blythman still felt she had unanswered questions about the food we consume every day. How 'natural' is the process for making a 'natural' flavouring? What, exactly, is modified starch, and why is it an ingredient in so many foods? What is done to pitta bread to make it stay 'fresh' for six months? And why, when you eat a supermarket salad, does the taste linger in your mouth for several hours after? Swallow This is a fascinating exploration of the food processing industry and its products - not just the more obvious ready meals, chicken nuggets and tinned soups, but the less overtly industrial - washed salads, smoothies, yoghurts, cereal bars, bread, fruit juice, prepared vegetables. Forget illegal, horse-meat-scandal processes, every step in the production of these is legal, but practised by a strange and inaccessible industry, with methods a world-away from our idea of domestic food preparation, and obscured by technical speak, unintelligible ingredients manuals, and clever labelling practices. Determined to get to the bottom of the impact the industry has on our food, Joanna Blythman has gained unprecedented access to factories, suppliers and industry insiders, to give an utterly eye-opening account of what we're really swallowing.

Joanna Blythman is Britain's leading investigative food journalist and an influential commentator on the British food chain. She has won five Glenfiddich awards for her writing, including a Glenfiddich Special Award for her first book The Food We Eat, a Caroline Walker Media Award for Improving the Nation's Health by Means of Good Food, and a Guild of Food Writers Award for The Food We Eat. In 2004, she won the prestigious Derek Cooper Award, one of BBC Radio 4's Food and Farming Awards. In 2007, Good Housekeeping Magazine gave her its award for Outstanding Contribution to Food Award 2007. She writes and broadcasts frequently on food issues.