Tales of the Flesh in the Age of Decorum 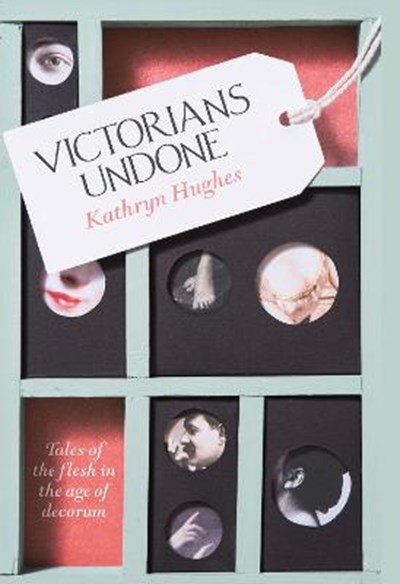 Tales of the Flesh in the Age of Decorum

Join now Find out more
Publisher: HarperCollins Publishers
ISBN: 9780007548361
Number of Pages: 432
Published: 26/01/2017
Width: 15.9 cm
Height: 24 cm
Description Author Information Reviews
'Victorians Undone is the most original history book I have read in a long while' Daily Mail A SUNDAY TIMES BOOK OF THE YEAR * AN OBSERVER BOOK OF THE YEAR * A BBC HISTORY MAGAZINE BOOK OF THE YEAR A groundbreaking account of what it was like to live in a Victorian body from one of our best historians. Why did the great philosophical novelist George Eliot feel so self-conscious that her right hand was larger than her left? Exactly what made Darwin grow that iconic beard in 1862, a good five years after his contemporaries had all retired their razors? Who knew Queen Victoria had a personal hygiene problem as a young woman and the crisis that followed led to a hurried commitment to marry Albert? What did John Sell Cotman, a handsome drawing room operator who painted some of the most exquisite watercolours the world has ever seen, feel about marrying a woman whose big nose made smart people snigger? How did a working-class child called Fanny Adams disintegrate into pieces in 1867 before being reassembled into a popular joke, one we still reference today, but would stop, appalled, if we knew its origins? Kathryn Hughes follows a thickened index finger or deep baritone voice into the realms of social history, medical discourse, aesthetic practise and religious observance - its language is one of admiring glances, cruel sniggers, an implacably turned back. The result is an eye-opening, deeply intelligent, groundbreaking account that brings the Victorians back to life and helps us understand how they lived their lives.

Kathryn Hughes is a highly-regarded social historian and biographer whose work has won major awards, including the James Tait Black Prize (1999). Her two most recent books, the best-selling The Short Life and Long Times of Mrs Beeton and George Eliot: The Last Victorian, were turned into major dramas by the BBC. She was educated at Oxford, holds a PhD in Victorian History and is currently Professor of Biographical Studies at the University of East Anglia. She is a Fellow of the Royal Society of Literature and the Royal Historical Society. For the last twelve years Kathryn has been under contract to the Guardian newspaper, producing fortnightly book and arts reviews and comment pieces. She also writes regularly for the TLS and is a former Contributing Editor to Prospect. Kathryn is very media-friendly and routinely presents arts programmes for the BBC on both radio and television.