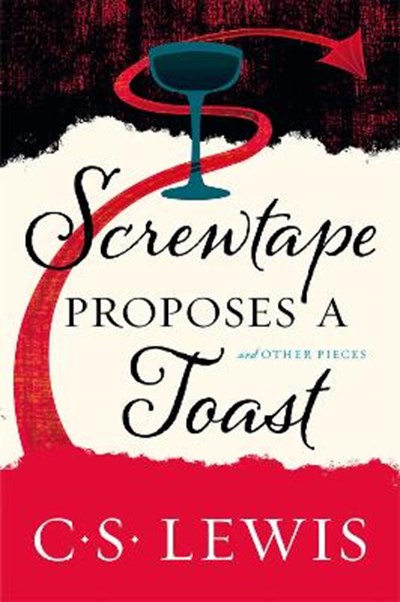 Join now Find out more
Publisher: HarperCollins Publishers
ISBN: 9780008192532
Number of Pages: 128
Published: 13/07/2017
Width: 12.9 cm
Height: 19.8 cm
Description Author Information Reviews
The only official sequel, penned by Lewis himself, to the ever-popular 'Screwtape Letters' - published alongside other short essays. One of the most popular books ever to come from the pen of C.S. Lewis was written in the name of Screwtape, a senior devil, experienced in the art of luring his 'patients' on earth to their own damnation in service of 'our father below' - and training others to do the same. Screwtape's correspondence with his nephew, an apprentice devil, came into Lewis's hands, he said, by a route he would not disclose, and many a reader has finished the collection longing for more of the insights they gained from its wisdom. Much to Lewis's resistance, this after-dinner speech, given by Screwtape to a graduating class of demons at a college in hell, came to light a few years after the publication of the original letters. Now 75 years later, the speech is reproduced in full once more, along with a short collection of Lewis's other lesser-known, but perennial works. Many people will have forgotten about the only official 'sequel' that exists to Screwtape; the 75th anniversary of Screwtape's publication is the perfect opportunity to bring this back.

CLIVE STAPLES LEWIS (1898-1963) was one of the intellectual giants of the twentieth century and arguably one of the most influential writers of his day. He was a fellow and tutor in English Literature at Oxford University until 1954 when he was unanimously elected to the Chair of Medieval and Renaissance English at Cambridge University, a position he held until his retirement. He wrote more than thirty books, allowing him to reach a vast audience, and his works continue to attract thousands of new readers every year. His most distinguished and popular accomplishments include Mere Christianity, Out of the Silent Planet, The Great Divorce, The Screwtape Letters, and the universally acknowledged classics, the Chronicles of Narnia. To date, the Narnia books have sold over 100 million copies and been transformed into three major motion pictures