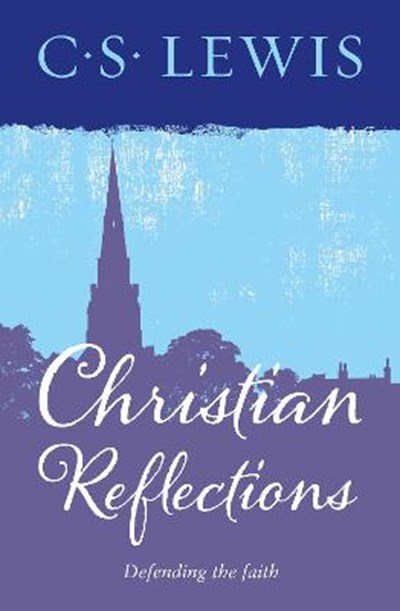 Join now Find out more
Publisher: HarperCollins Publishers
ISBN: 9780008203856
Number of Pages: 224
Published: 12/01/2017
Width: 12.9 cm
Height: 19.8 cm
Description Author Information Reviews
A collection of Lewis's essays against 'the new morality' - a fine collection representing Lewis at his most brilliant. Published shortly after his death, aiming to make available some of his writings which were not at that time publicly accessible, and to counter the prevailing new morality of the sixties, 'Christian Reflections' gives a robust defence of the Christian Gospel. Now, fifty years later, when Christian communities are, in our own day, struggling to come to terms with a shifting morality, this little volume will be a comforting reminder of the never-changing truths of the faith. As ever, Lewis's clear and eloquent mind gives plenty of food for thought, especially as he aims his intellectual ammunition at the modern myths still so prevalent in our post-modern culture.

Born in Ireland in 1898, Clives Staples Lewis gained a triple First at Oxford and was Fellow and Tutor at Magdalen College from 1925-54, where among others he was a contemporary of Tolkien. In 1954 he became Professor of Mediaeval and Renaissance Literature at Cambridge. C. S. Lewis was for many years an atheist, until his conversion which he memorably described in his autobiography Surprised by Joy: "I gave in, and admitted that God was God ... perhaps the most dejected and reluctant convert in all England." He is also celebrated for his famous series of children's books, the Narnia Chronicles (which have been filmed and broadcast many times), as well as his literary criticism and science fiction. C. S. Lewis died on 22nd November 1963.