Winner of the 2017 Costa Novel Award 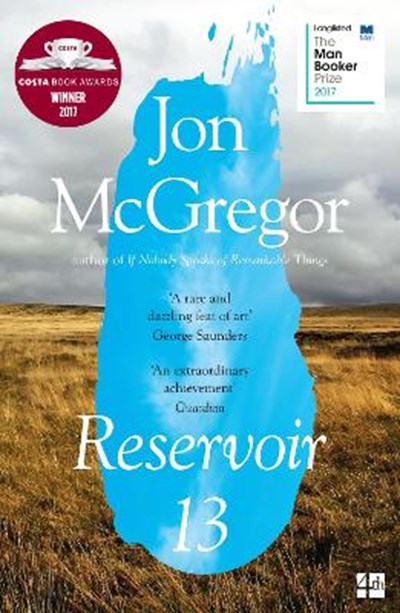 Winner of the 2017 Costa Novel Award

Join now Find out more
Publisher: HarperCollins Publishers
ISBN: 9780008204891
Number of Pages: 336
Published: 25/01/2018
Width: 12.9 cm
Height: 19.8 cm
Description Author Information Reviews
WINNER OF THE 2017 COSTA NOVEL AWARD A GUARDIAN BOOK OF THE YEAR AN FT BOOK OF THE YEAR A TLS BOOK OF THE YEAR A TELEGRAPH BOOK OF THE YEAR From the award-winning author of If Nobody Speaks of Remarkable Things. Reservoir 13 tells the story of many lives haunted by one family's loss. Midwinter in the early years of this century. A teenage girl on holiday has gone missing in the hills at the heart of England. The villagers are called up to join the search, fanning out across the moors as the police set up roadblocks and a crowd of news reporters descends on their usually quiet home. Meanwhile, there is work that must still be done: cows milked, fences repaired, stone cut, pints poured, beds made, sermons written, a pantomime rehearsed. The search for the missing girl goes on, but so does everyday life. As it must. An extraordinary novel of cumulative power and grace, Reservoir 13 explores the rhythms of the natural world and the repeated human gift for violence, unfolding over thirteen years as the aftershocks of a stranger's tragedy refuse to subside. WINNER OF THE 2017 COSTA NOVEL AWARD LONGLISTED FOR THE MAN BOOKER PRIZE SHORTLISTED FOR THE GOLDSMITHS PRIZE 'A rare and dazzling feat of art' George Saunders, author of Lincoln in the Bardo 'McGregor writes with such grace and precision, with love even, about who and where we are, that he leaves behind all other writers of his generation' Sarah Hall, author of The Wolf Border 'Reservoir 13 is quite extraordinary - the way it's structured, the way it rolls, the skill with which Jon McGregor lets the characters breathe and age' Roddy Doyle, author of Paddy Clarke Ha Ha Ha

Jon McGregor is the author of four novels and a story collection. He is the winner of the IMPAC Dublin Literature Prize, Betty Trask Prize, and Somerset Maugham Award, and has been longlisted for the Man Booker Prize three times. He is Professor of Creative Writing at the University of Nottingham, where he edits The Letters Page, a literary journal in letters. He was born in Bermuda in 1976, grew up in Norfolk, and now lives in Nottingham. Twitter: @jon_mcgregor Website: www.jonmcgregor.com