If Nobody Speaks of Remarkable Things 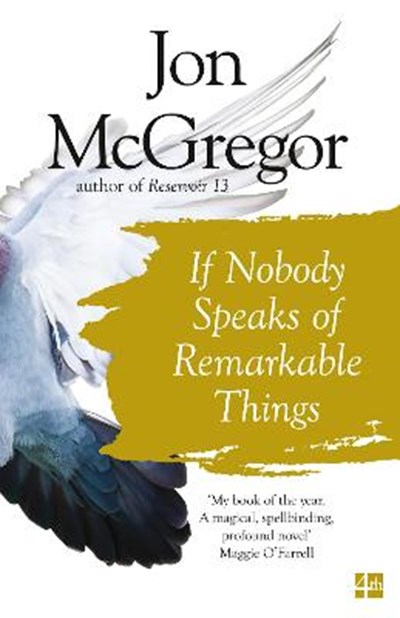 If Nobody Speaks of Remarkable Things

Join now Find out more
Publisher: HarperCollins Publishers
ISBN: 9780008218690
Number of Pages: 288
Published: 09/02/2017
Width: 12.9 cm
Height: 19.8 cm
Description Author Information Reviews
WINNER OF THE BETTY TRASK AWARD WINNER OF THE SOMERSET MAUGHAM AWARD LONGLISTED FOR THE MAN BOOKER PRIZE On a street in a town in the North of England, ordinary people are going through the motions of their everyday existence - street cricket, barbecues, painting windows... A young man is in love with a neighbour who does not even know his name. An old couple make their way up to the nearby bus stop. But then a terrible event shatters the quiet of the early summer evening. That this remarkable and horrific event is only poignant to those who saw it, not even meriting a mention on the local news, means that those who witness it will be altered for ever. Jon McGregor's first novel brilliantly evokes the histories and lives of the people in the street to build up an unforgettable human panorama. Breathtakingly original, humane and moving, If Nobody Speaks of Remarkable Things is an astonishing debut.

Jon McGregor is the author of four novels and a story collection. He is the winner of the IMPAC Dublin Literature Prize, Betty Trask Prize, and Somerset Maugham Award, and has twice been longlisted for the Man Booker Prize. He is Professor of Creative Writing at the University of Nottingham, where he edits The Letters Page, a literary journal in letters. He was born in Bermuda in 1976, grew up in Norfolk, and now lives in Nottingham. Twitter: @jon_mcgregor Website: www.jonmcgregor.com