The Strange Death and Rebirth of the Labour Party 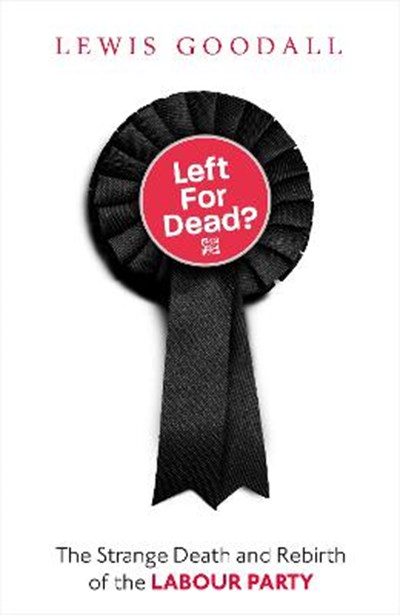 The Strange Death and Rebirth of the Labour Party

Join now Find out more
Publisher: HarperCollins Publishers
ISBN: 9780008226695
Number of Pages: 352
Published: 20/09/2018
Width: 15.9 cm
Height: 24 cm
Description Author Information Reviews
A timely and provocative account of the fall of New Labour, the rise of Corbyn, and what it means for the left in Britain. 'Lewis Goodall is one of the most exciting voices in British politics right now' Emily Maitlis 'Hugely illuminating, thought-provoking and moving in its seriousness and optimism' Lord Andrew Adonis ESSENTIAL READING DURING LABOUR'S LEADERSHIP CAMPAIGN. In the 21st Century the Labour Party has undergone the most extraordinary transformation in its history. After more than a decade of political dominance, the party lost two consecutive general elections and found its leadership usurped by the obscure far-left MP Jeremy Corbyn. As Britain voted to leave the EU, Labour seemed destined for long term irrelevance. In Left for Dead? journalist Lewis Goodall tells the full story of this political journey with unprecedented access to all its key players, from Blair to Corbyn. Weaving together personal memoir, exclusive interviews, juicy gossip and incisive critique, he travels from the streets of his childhood in the shadow of the Birmingham Rover factory to the corridors of power in Westminster, tracing the journey of the party from the twilight of the 'Third Way' to the tumult of the financial crisis to the ravages of Brexit and Corbynism. Because one thing is for certain - the traditional social democratic centre-left which we have known since the war is barely twitching in the road. But what has replaced it? Where has it come from? And what does it mean for the long-term future of the Labour Party?

Lewis Goodall is a political correspondent for Sky News. He has led both its Brexit and general election coverage and is a presenter on the channel's election night programmes. For both Sky and the BBC he has also made documentary-style films on British political history, on subjects including the Easter Rising, the legacy of Enoch Powell and the 1945 general election. He previously reported for Newsnight, the Victoria Derbyshire programme and BBC Radio 4. He has also worked in the United States congress. He is a former Entente Cordiale Scholar and a graduate of St John's College, Oxford.