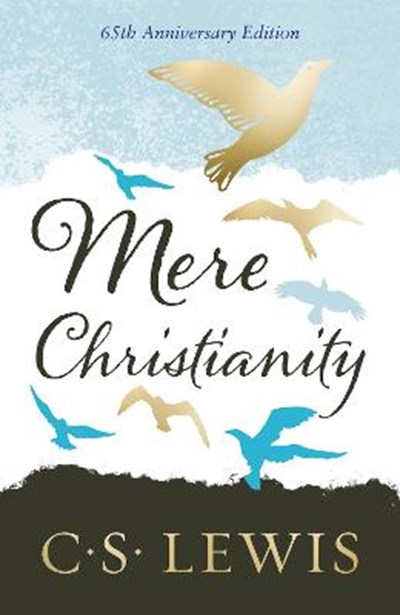 Join now Find out more
Publisher: HarperCollins Publishers
ISBN: 9780008254599
Number of Pages: 256
Published: 13/07/2017
Width: 13.5 cm
Height: 20.4 cm
Description Author Information Reviews
Special 65th Anniversary Edition One of the most popular and beloved introductions to the concept of faith ever written, 'Mere Christianity' has sold millions of copies worldwide. The book brings together C.S. Lewis's legendary radio broadcasts during the war years, in which he set out simply to 'explain and defend the belief that has been common to nearly all Christians at all times'. Rejecting the boundaries that divide Christianity's many denominations, Mere Christianity provides an unequalled opportunity for believers and nonbelievers alike to absorb a powerful, rational case for the Christian faith.