Guidance, Hope and Comfort for Every Day 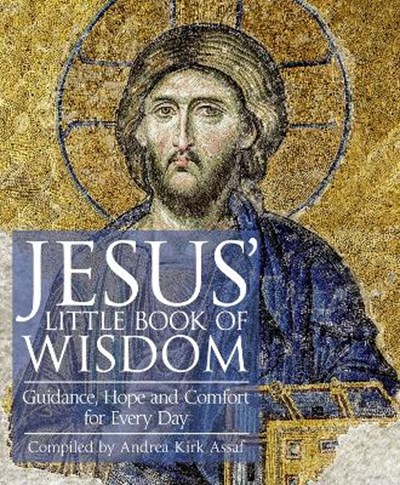 Guidance, Hope and Comfort for Every Day

Join now Find out more
Publisher: HarperCollins Publishers
ISBN: 9780008262242
Number of Pages: 400
Published: 02/11/2017
Width: 12.8 cm
Height: 10.8 cm
Description Author Information Reviews
In times of need, many of us turn to the words of the Lord. Jesus's teachings have been a source of comfort and wisdom for millennia; for all those who believe, he brings the love of God and the message of redemption. We can reflect on his great mercy to bring hope and solace to our everyday lives. In this beautiful, treasurable collection, the wisdom of Christ has been distilled into themes such as love, forgiveness, peace, and salvation. Jesus's Little Book of Wisdom offers his teachings as inspirational bite-sized extracts for readers to turn to time and time again - all in a handy, portable format. CONTENTS Reflections PART ONE: Love PART TWO: Forgiveness PART THREE: Peace PART FOUR: Charity PART FIVE: Repentance PART SIX: Suffering PART SEVEN: Resurrection PART EIGHT: Salvation Afterword

Andrea Kirk Assaf is an author and editor, who has had the rare privilege of covering three pontificates in the span of a decade: the pontificates of John Paul II, Benedict XVI, and Francis. In 2002 she moved to Rome to write for Inside the Vatican magazine and several other Catholic and secular news outlets, covering World Youth Day in Toronto, the funeral of John Paul II, the election of Pope Benedict XVI, and now the popularity of the first successor of St. Peter from the New World, Pope Francis. Along with her editor-journalist-translator husband Tony Assaf and their four children, Andrea divides her days between the Eternal City of Rome and a rural homestead in Remus, Michigan.