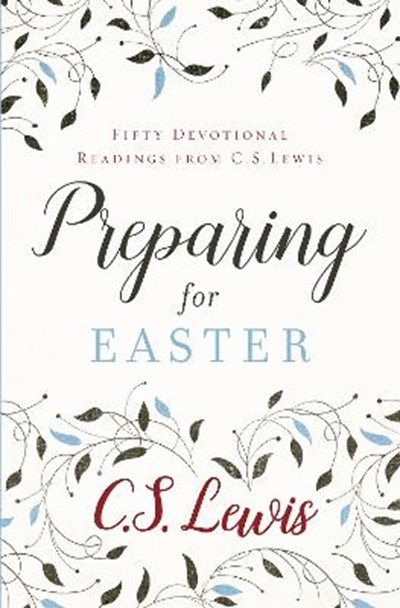 Join now Find out more
Publisher: HarperCollins Publishers
ISBN: 9780008263225
Number of Pages: 224
Published: 05/09/2019
Width: 12.9 cm
Height: 19.8 cm
Description Author Information Reviews
Together in one special volume, selections from the best of beloved, bestselling author C. S. Lewis's classic works for readers contemplating the 'grand miracle' of Jesus's resurrection. Preparing for Easter is a concise, handy companion for the faithful of all Christian traditions and the curious to help them deepen their knowledge and consideration of this holy season - a time of reflection as we consider Jesus's sacrifice and his joyous rise from the dead. Carefully curated, each selection in Preparing for Easter draws on a major theme in Lewis's writings on the Christian life, as well as others that consider why we can have confident faith in what happened on the cross.

Clive Staples Lewis (1898-1963) was one of the intellectual giants of the twentieth century and arguably one of the most influential writers of his day. He was a Fellow and Tutor in English Literature at Oxford University until 1954, when he was unanimously elected to the Chair of Medieval and Renaissance Literature at Cambridge University, a position he held until his retirement. He wrote more than thirty books, allowing him to reach a vast audience, and his works continue to attract thousands of new readers every year. His most distinguished and popular accomplishments include Out of the Silent Planet, The Great Divorce, The Screwtape Letters, and the universally acknowledged classics The Chronicles of Narnia. To date, the Narnia books have sold over 100 million copies and have been transformed into three major motion pictures.