The Memoir of a Muslim Drag Queen 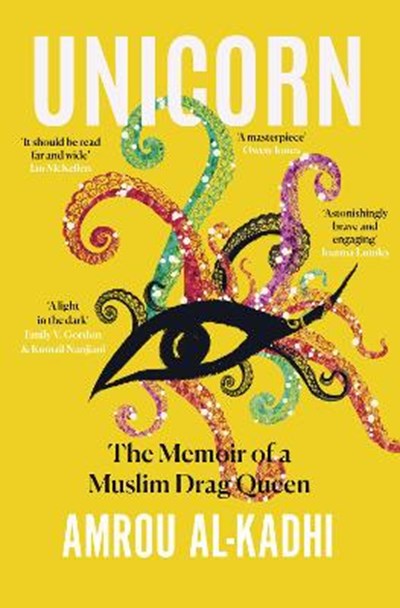 The Memoir of a Muslim Drag Queen

Join now Find out more
Publisher: HarperCollins Publishers
ISBN: 9780008306069
Number of Pages: 304
Published: 03/10/2019
Width: 15.9 cm
Height: 24 cm
Description Author Information Reviews
From a god-fearing Muslim boy enraptured with their mother, to a vocal, queer drag queen estranged from their family, this is a heart-breaking and hilarious memoir about the author's fight to be true to themself 'It should be read far and wide' Ian McKellen My name is Amrou Al-Kadhi - by day. By night, I am Glamrou, an empowered, fearless and acerbic drag queen who wears seven-inch heels and says the things that nobody else dares to. Growing up in a strict Iraqi Muslim household, it didn't take long for me to realise I was different. When I was ten years old, I announced to my family that I was in love with Macaulay Culkin in Home Alone. The resultant fallout might best be described as something like the Iraqi version of Jerry Springer: The Opera. And that was just the beginning. This is the story of how I got from there to here: about my teenage obsession with marine biology, and how fluid aquatic life helped me understand my non-binary gender identity; about my two-year scholarship at Eton college, during which I wondered if I could forge a new identity as a British aristocrat (spoiler alert: it didn't work); about discovering the transformative powers of drag while at university (and how I very nearly lost my mind after I left); and about how, after years of rage towards it, I finally began to understand Islam in a new, queer way. Most of all, this is a book about my mother. It's the journey of how we lost and found each other, about forgiveness, understanding, hope - and the life-long search for belonging.

Amrou Al-Kadhi is the founder of drag troupe Denim and has written an episode for Kumail Nanjiani & Emily V. Gordon's upcoming series for Apple (US), Little America, as well as for BBC America's hotly anticipated series, The Watch. Amrou has two original TV-series in development, one with Channel 4 Comedy and the other with BBC Drama. Amrou has written and directed four short films that focus on the intersection of queer identity and race, and has features in development with Film4, the BFI and BBC films. Their journalism has appeared in the Guardian, Independent, Gay Times, Attitude, CNN and Little White Lies, among other publications. Unicorn is Amrou's first book.