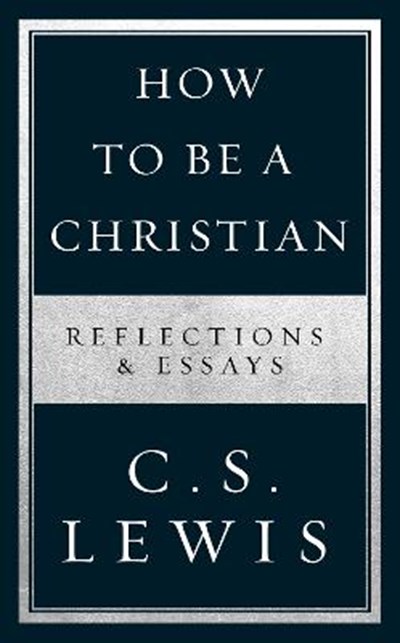 Join now Find out more
Publisher: HarperCollins Publishers
ISBN: 9780008307172
Number of Pages: 208
Published: 20/02/2020
Width: 12.9 cm
Height: 19.8 cm
Description Author Information Reviews
How to Be a Christian brings together the best of Lewis's insights on Christian practice and its expression in our daily lives. Cultivated from his many essays, articles, and letters, as well as his classic works. From the revered teacher and best-selling author of such classic Christian works as Mere Christianity and The Screwtape Letters comes a collection that gathers the best of C. S. Lewis's practical advice on how to embody a Christian life. The most famous adherent and defender of Christianity in the twentieth century, C. S. Lewis has long influenced our perceptions and understanding of the faith. More than fifty years after his death, Lewis's arguments remain extraordinarily persuasive because they originate from his deep insights into the Christian life itself. Only an intellectual of such profound faith could form such cogent and compelling reasons for its truth. By provoking readers to more carefully ponder their faith, How to Be a Christian can help readers forge a deeper understanding of their personal beliefs and what is means to be a Christian, and strengthen their profound relationship with God.

CLIVE STAPLES LEWIS (1898-1963) was one of the intellectual giants of the twentieth century and arguably one of the most influential writers of his day. He was a fellow and tutor in English Literature at Oxford University until 1954, when he was unanimously elected to the Chair of Medieval and Renaissance English at Cambridge University, a position he held until his retirement. He wrote more than thirty books, allowing him to reach a vast audience, and his works continue to attract thousands of new readers every year. His most distinguished and popular accomplishments include Mere Christianity, Out of the Silent Planet, The Great Divorce, The Screwtape Letters, and the universally acknowledged classic, The Chronicles of Narnia. To date, the Narnia books have sold over 100 million copies and been transformed into three major motion pictures.