Living with Predators in Britain 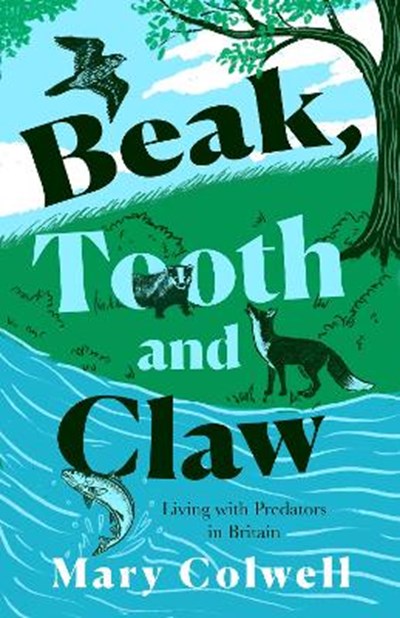 Living with Predators in Britain

Join now Find out more
Publisher: HarperCollins Publishers
ISBN: 9780008354763
Number of Pages: 320
Published: 29/04/2021
Width: 15.9 cm
Height: 24 cm
Description Author Information Reviews
'A must read for all wildlife lovers' Dominic Dyer Foxes, buzzards, crows, badgers, weasels, seals, kites - Britain and Ireland's predators are impressive and diverse and they capture our collective imagination. But many consider them to our competition, even our enemies. The problem is that predators eat what we farm or use for sport. From foxes and ravens attacking new-born lambs to weasels eating game-bird chicks, predators compete with us, putting them directly into the firing line. Farming, fishing, sport and leisure industries want to see numbers of predators reduced, and conservation organisations also worry that predators are threatening some endangered species. Other people, though, will go to great lengths to protect them from any harm. This clashing of worlds can be intense. So, what do we do? One of the greatest challenges facing conservation today is how, when and where to control predators. It is a highly charged debate. Mary Colwell travels across the UK and Ireland to encounter the predators face to face. She watches their lives in the wild and discovers how they fit into the landscape. She talks to the scientists studying them and the wildlife lovers who want to protect them. She also meets the people who want to control them to protect their livelihoods or sporting interests. In this even-handed exploration of the issues, Mary provides a thoughtful and reasoned analysis of the debates surrounding our bittersweet relationship with predators.

Mary Colwell is a producer and writer and author of two books, John Muir - The Scotsman who saved America's Wild Places (2014) and Curlew Moon (2018). In 2017 she was awarded the BTO Dilys Breese Medal for outstanding Communication in Science and in 2018 she won the National Gamekeepers Association Bellamy Award for nature conservation for her work on curlews. She has organised four national conferences on curlew conservation which have bought together a wide range of people from across the conservation spectrum. She is listed in the top 50 most influential conservationists in Britain by BBC Wildlife Magazine. She has written for the Guardian, BBC Wildlife Magazine, Country Life and many others. She makes nature documentaries for BBC Radio 3 and 4 and is a public speaker on the natural world and environmental issues.