Charity and the Art of Living Generously 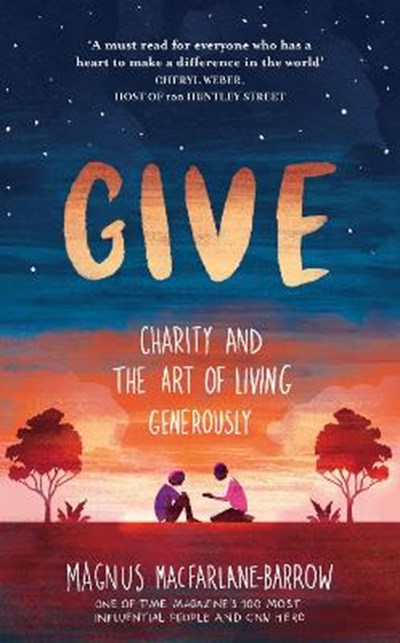 Charity and the Art of Living Generously

Join now Find out more
Publisher: HarperCollins Publishers
ISBN: 9780008360016
Number of Pages: 256
Published: 03/09/2020
Width: 14.1 cm
Height: 22.2 cm
Description Author Information Reviews
From the founder of Mary's Meals and the Sunday Times bestselling author of The Shed That Fed a Million Children, Magnus MacFarlane-Barrow travels the world encountering startling acts of charity and the power of generosity. Few people in the world are better placed to understand the role of charity and generosity than Magnus MacFarlane-Barrow. As the founder and CEO of Mary's Meals, Magnus helps feed and educate millions of children in 18 different countries across the world every year. In a time when some charitable organisations have been rocked by scandal and many are questioning their effectiveness in the modern age, Give takes us on an epic journey to rediscover the beauty and transformative power of authentic charity. Powerful and inspiring, Give celebrates the impact of charity in all our lives, illustrating how the act of sharing - and even sacrifice - is the key to a life of joy.

Magnus started his career as a Salmon farmer in rural Argyll, but when the Balkan conflict began, he and his brother were so moved by the scenes on television that they gathered a jeep-load of aid and joined a convoy travelling to Bosnia to distribute it. On his return home, Magnus expected to resume his job, however, he came back to discover that the public had carried on donating and instead he continued organising and distributing aid. In 2002 his work led him to Malawi, where he met a family whose situation would alter the course of his work, and Mary's Meals was born.