Letters to the Earth

Writing to a Planet in Crisis 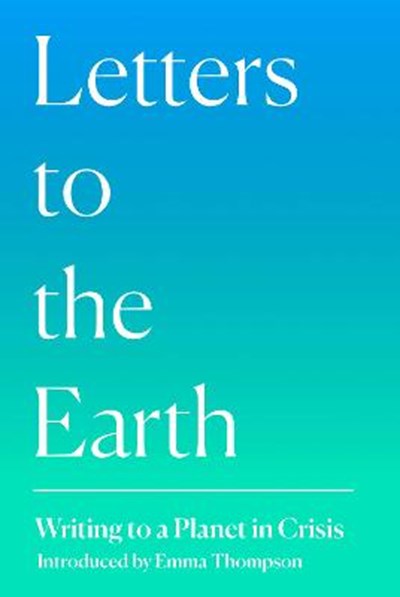 Letters to the Earth

Writing to a Planet in Crisis

Join now Find out more
Publisher: HarperCollins Publishers
ISBN: 9780008374440
Published: 14/11/2019
Description Author Information Reviews
Creation is the antidote to despair. 'All power to this amazing project.' Joanne Harris '[A] wonderful little book' Jerome Flynn 'A must read for anyone who lives on earth.' Bella Lack How can we begin to talk about what is happening to the world? We are facing a global emergency. Temperatures are rising. Mass species extinction has begun. The time for denial is over. It is time to act. Letters to the Earth is the beginning of a new story. It is an invitation to act and an opportunity to extend the invitation. These letters are the result of a callout from Culture Declares Emergency to the public to write a response to climate and ecological emergency. They are letters from all of us: parents and children; politicians and poets; actors and activists; songwriters and scientists. They are letters of Love, Loss Hope and Action to a planet in crisis. Includes contributions from activist Yoko Ono, poet Kate Tempest, actor Mark Rylance, author Laline Paull, illustrator of The Lost Words Jackie Morris, novelist Anna Hope, environmental writer Jay Griffiths and Green Party MP Caroline Lucas.

In February 2019 four women came together and dreamt of an opportunity for people to express themselves in response to this crisis. What was born was Letters To The Earth, a campaign which invites people to write a letter to or from the Earth, future or past generations, those who hold positions of power and influence, other species. The idea was open to interpretation: it could come from a personal place, be dramatic in form, be a call to action. The invitation was open to all - to think beyond the human narrative and to bear witness to the scale and horror of this crisis. The campaign is ongoing, with people all around the world still writing and presenting their Letters. The Letters To The Earth co-curating team are novelist Anna Hope, director Jo McIness and theatre-maker Kay Michael.