How to be an Activist 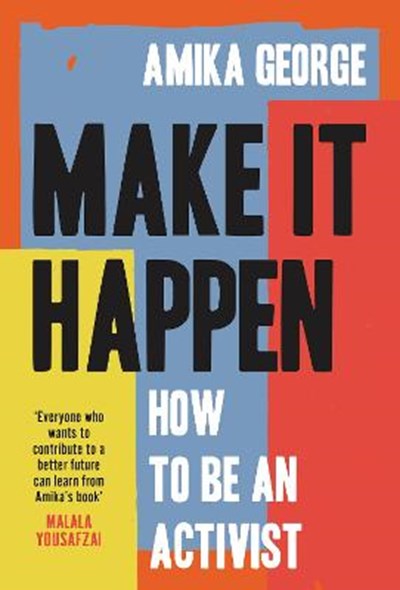 How to be an Activist

Join now Find out more
Publisher: HarperCollins Publishers
ISBN: 9780008377601
Number of Pages: 256
Published: 21/01/2021
Width: 14.1 cm
Height: 22.2 cm
Description Author Information Reviews
'Make It Happen reminds us that people of any age can create change in their communities. From finding allies to setting goals, everyone who wants to contribute to a better future can learn from Amika's book.' Malala Yousafzai GET UP. SPEAK UP. DON'T GIVE UP. The world is waking up to the fact that society is arranged to benefit some more than others. There is much that needs changing. And you can be the one to do it. Anyone can make history, including a teenager launching a global campaign from their bedroom. And Amika will show you how, in this essential and inspirational step-by-step guide to being an activist. Are your favourite brands making little effort to be diverse? Are the people who've been hardest hit by COVID-19 not getting the support they need? Is the environment being overlooked in favour of driving profits? Amika George succeeded in campaigning to get the government to fund free period products in every school across England. Make It Happen is her guide to being an effective activist. With chapters on finding your crowd and creating allies, how to get those in positions of power and influence to listen, how to use social media effectively and how to look after your mental health while protesting. Amika will you show you how you can make real and lasting changes in your world. Featuring candid interviews with award-winning campaigner Caroline Criado-Perez, host of The Guilty Feminist podcast, Deborah Frances-White, founder of the Gurls Talk network and podcast Adwoa Aboah, and founder of The Pink Protest Scarlett Curtis, Make It Happen is the go-to handbook for the changemaker in you.

Amika George is a 20-year-old student at Cambridge University, who, at the age of 17, started the Free Periods campaign from her bedroom to end period poverty in the UK. After reading about children missing school, as they were unable to afford menstrual products, Amika started an online movement, organised a protest in London, attended by over 2,000 young people, and launched a legal campaign. In 2019, Her campaign successfully persuaded the UK government to provide free menstrual products in all English schools and colleges from January 2020. She has received global recognition for her campaigning work, including receiving a Goalkeepers Campaign award by Bill & Melinda Gates, in conjunction with the United Nations, and was listed by TIME magazine as one of the 25 most influential teenagers in the world. She continues to campaign to ensure that every child worldwide has access to education, uninhibited by their period, and works to eradicate the taboo around periods.