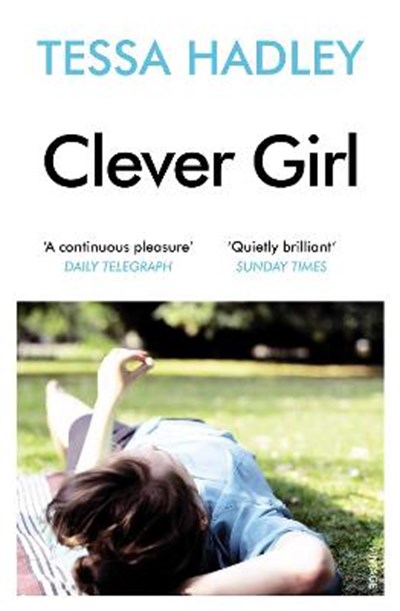 QTY
Add to Basket
Publisher: Vintage Publishing
ISBN: 9780099570523
Number of Pages: 352
Published: 06/03/2014
Width: 12.9 cm
Height: 19.8 cm
Description Author Information Reviews
Stella was a clever girl, everyone thought so. Living with her mother and rather unsatisfactory stepfather in suburban respectability she reads voraciously, smokes until her voice is hoarse and dreams of a less ordinary life. When she meets Val, he seems to her to embody everything she longs for - glamour, ideas, excitement and the thrill of the unknown. But these things come at a price and one that Stella despite all her cleverness doesn't realise until it is too late.

Tessa Hadley is the author of six highly praised novels, Accidents in the Home, which was longlisted for the Guardian First Book Award, Everything Will Be All Right, The Master Bedroom, The London Train, Clever Girl and The Past, and three collections of stories, Sunstroke, Married Love and Bad Dreams. The Past won the Hawthornden Prize for 2016, and Bad Dreams won the 2018 Edge Hill Short Story Prize. She lives in London and is Professor of Creative Writing at Bath Spa University. Her stories appear regularly in the New Yorker and other magazines.