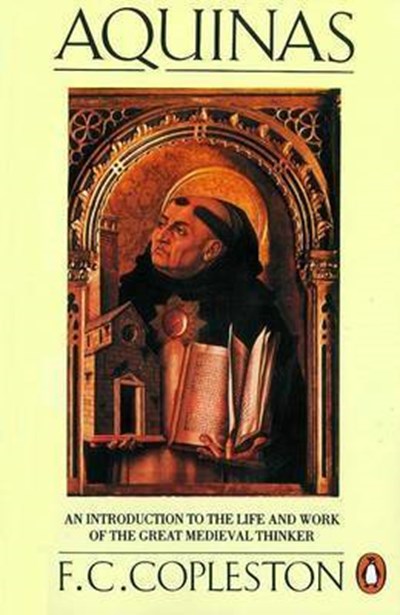 eBook FAQ
Add to Basket
Publisher: Penguin Books Ltd
ISBN: 9780140136746
Published: 25/07/1991
Description Author Information Reviews
Aquinas (1224-74) lived at a time when the Christian West was opening up to a wealth of Greek and Islamic philosophical speculation. An embodiment of the thirteenth-century ideal of a unified interpretation of reality (in which philosophy and theology work together in harmony), Aquinas was remarkable for the way in which he used and developed this legacy of ancient thought - an achievement which led his contemporaries to regard him as an advanced thinker. Father Copleston's lucid and stimulating book examines this extraordinary man - whose influence is perhaps greater today than in his own lifetime - and his thought, relating his ideas wherever possible to problems as they are discussed today.

Fr. Frederick Copleston (1907-1994) was the Principal of Heythrop College, University of London.