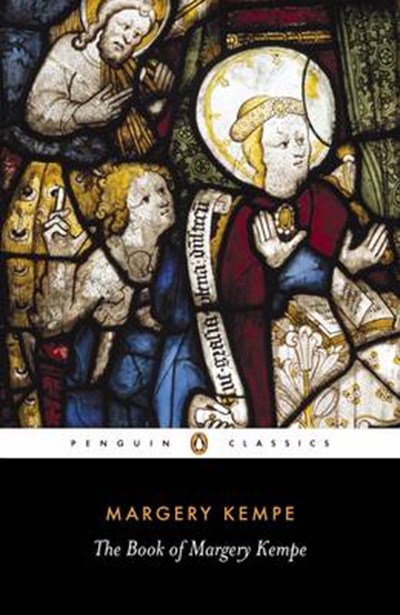 eBook FAQ
Add to Basket
Publisher: Penguin Books Ltd
ISBN: 9780140432510
Published: 31/10/1985
Description Author Information Reviews
The story of the eventful and controversial life of Margery Kempe wife, mother, businesswoman, pilgrim and visionary is the earliest surviving autobiography in English. Here Kempe (c.1373 c.1440) recounts in vivid, unembarrassed detail the madness that followed the birth of the first of her fourteen children, the failure of her brewery business, her dramatic call to the spiritual life, her visions and uncontrollable tears, the struggle to convert her husband to a vow of chastity and her pilgrimages to Europe and the Holy Land. Margery Kempe could not read or write, and dictated her remarkable story late in life. It remains an extraordinary record of human faith and a portrait of a medieval woman of unforgettable character and courage.

Margery Kempe, born c.1373, was of a well-to-do middle-class family from King's Lynn in Norfolk. Married at twenty, she had a vision of Christ in her madness following her first childbirth, and after early failures as a businesswoman, felt herself called to the spiritual life. At about the age of fourty, after she had born fourteen children, she persuaded her husband to a vow of chastity and began a pilgrimage across England, Europe and the Holy Land. She was a controversial figure and was often nearly burnt at the stake as a heretic. Towards the end of her life she dictated an account of her travels and visions, which was discovered in 1934. It is the earliest example of an autobiography in English. B. A. Windeatt is Fellow and Director of Studies in English at Emmanuel College, Cambridge, and Reader in Medieval Literature in the University of Cambridge.