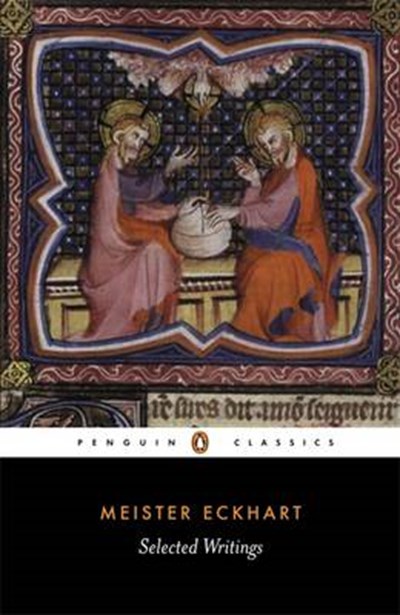 eBook FAQ
Add to Basket
Publisher: Penguin Books Ltd
ISBN: 9780140433432
Published: 25/08/1994
Description Author Information Reviews
Composed during a critical time in the evolution of European intellectual life, the works of Meister Eckhart (c. 1260-1327) are some of the most powerful medieval attempts to achieve a synthesis between ancient Greek thought and the Christian faith. Writing with great rhetorical brilliance, Eckhart combines the neoplatonic concept of oneness - the idea that the ultimate principle of the universe is single and undivided - with his Christian belief in the Trinity, and considers the struggle to describe a perfect God through the imperfect medium of language. Fusing philosophy and religion with vivid originality and metaphysical passion, these works have intrigued and inspired philosophers and theologians from Hegel to Heidegger and beyond.

Johannes Eckhart, commonly known as Meister Eckhart, was born near Gotha in eastern Germany around 1260. He had an illustrious career in the Dominican Order, teaching all over Europe including Saxony, Bohemia and Paris. He is one of the great speculative mystics of Western Europe, who sougth to reconcile traditional Christian belief with transcendental metaphysics. He was accused of heretical teaching in his lifetime, but is seen today as a foremost exponent of Christian philosophical theology. He died in 1327/8. Oliver Davies is senior lecturer in theology at the University of Wales, Lampeter.