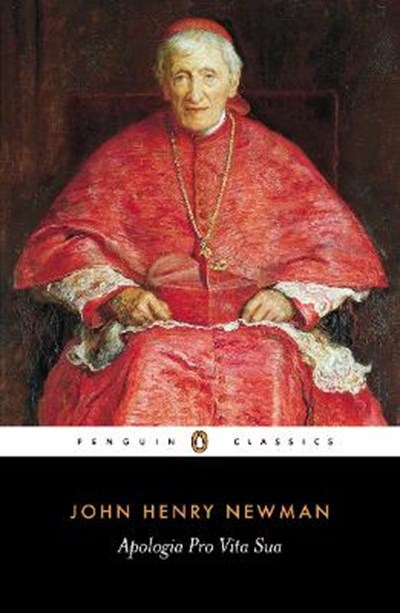 eBook FAQ
Add to Basket
Publisher: Penguin Books Ltd
ISBN: 9780140433746
Published: 29/09/1994
Description Author Information Reviews
John Henry Newman, one of the towering figures of the early Victorian Church of England, caused shock and outrage in equal measure when he announced his espousal of Roman Catholicism in 1845. His Apologia, written nearly twenty years later in response to a scurrilous public attack by Charles Kingsley, is a superbly crafted response to those who criticized his actions and questioned his motives, and traces his spiritual development since boyhood, his close involvement in the high church Tractarian Movement and his agonizing decision to reject the church he had been born into. Ostensibly an autobiography and a speech for the defence, the Apologia transcends self-justification to explore the very nature of Christianity and its place in the modern age.

John Henry Newman (1801 - 1890) was a vicar of Oxford University's church from 1828 - 1842, when his controversial Tract attempting to interpret the 39 Articles of Faith of the Church of England in a Catholic sense, led to him retiring to Littlemore, where he lived in monastic seclusion. He was received into the Catholic Church in 1845 and ordained in 1847. Apologia Pro Vita Sua appeared in 1864. Ian Ker has a MA from Oxford and a Ph.D from Cambridge. He was ordained a Roman Catholic Priest in 1979 and has taught at universities in Britain and the United States. He is the author and editor of sixteen books on Newman, including Newman and the Fullness of Christianity (1993).