Journal of the Plague Year 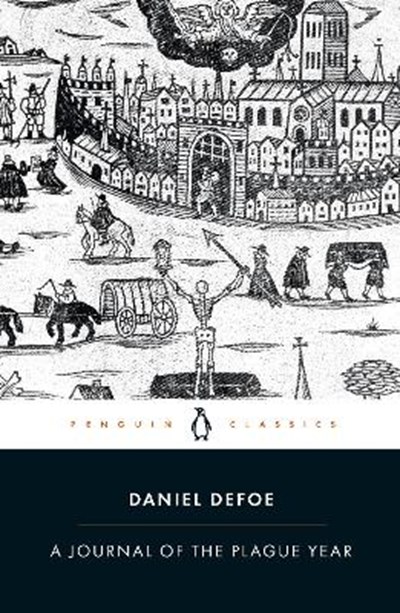 Journal of the Plague Year

QTY
Add to Basket
Publisher: Penguin Books Ltd
ISBN: 9780140437850
Number of Pages: 336
Published: 29/05/2003
Width: 12.9 cm
Height: 19.8 cm
Description Author Information Reviews
'The most reliable and comprehensive account of the Great Plague that we possess' Anthony Burgess In 1665 the plague swept through London, claiming over 97,000 lives. Daniel Defoe was just five at the time of the plague, but he later called on his own memories, as well as his writing experience, to create this vivid chronicle of the epidemic and its victims. 'A Journal' (1722) follows Defoe's fictional narrator as he traces the devastating progress of the plague through the streets of London. Here we see a city transformed: some of its streets suspiciously empty, some - with crosses on their doors - overwhelmingly full of the sounds and smells of human suffering. And every living citizen he meets has a horrifying story that demands to be heard.

Daniel Defoe (1660-1731) had a variety of careers including merchant, soldier, secret agent, and political pamphleteer. He wrote economic texts, history, biography, crime, and most famously fiction, including Robinson Crusoe, Moll Flanders and Roxana. Cynthia Wall is Assistant Professor of English at the University of Virginia.