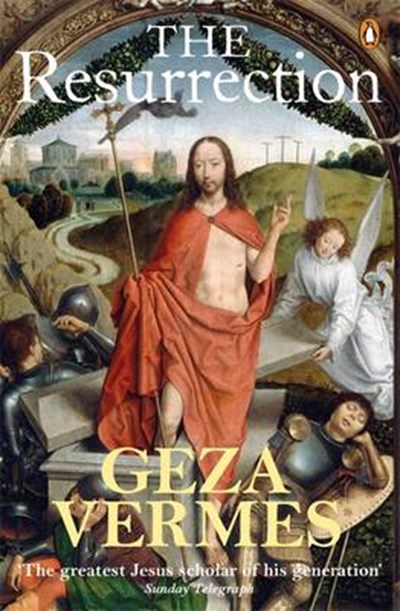 eBook FAQ
Add to Basket
Publisher: Penguin Books Ltd
ISBN: 9780141030050
Published: 06/03/2008
Description Author Information Reviews
Geza Vermes' "The Resurrection" presents a comprehensive account of exactly what the earliest Christian sources report about the aftermath of the crucifixion and burial of Jesus. The story of Christ's crucifixion and subsequent resurrection is the rock of faith on which Christianity is founded. But on what evidence is the most miraculous phenomenon in religious history based? World-famous biblical scholar Geza Vermes has studied all the evidence that still remains, over two thousand years after Jesus Christ was reported to have risen from the dead. Examining the Jewish Bible, the New Testament and other accounts left to us, as well as contemporary attitudes to the afterlife, he takes us through each episode with a historian's focus: the crucifixion, the treatment of the body, the statements of the women who found the empty tomb, and the visions of Christ by his disciples. Unravelling the true meaning conveyed in the Gospels, the Acts and St Paul, Vermes shines a new light on the developing faith in the risen Christ among the first followers of Jesus. "The greatest Jesus scholar of his generation". ("Sunday Telegraph"). Geza Vermes is director of the Forum for Qumran Research at the Oxford Centre for Hebrew and Jewish Studies. His books, published by Penguin, include "The Complete Dead Sea Scrolls in English", "The Story of the Scrolls" and "The Changing Faces of Jesus" as well as the 'Jesus' trilogy: "Nativity", "Passion" and "Resurrection".