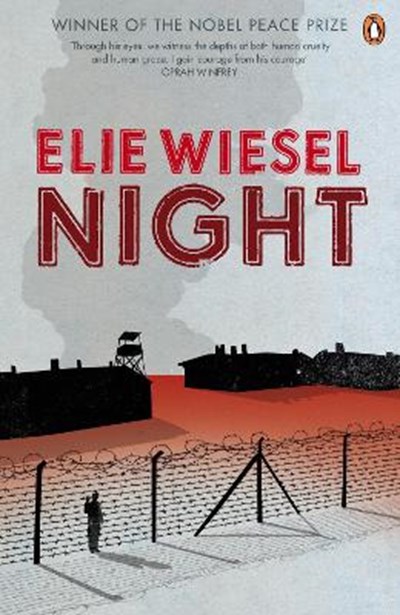 QTY
Add to Basket
Publisher: Penguin Books Ltd
ISBN: 9780141038995
Number of Pages: 144
Published: 04/09/2008
Width: 13 cm
Height: 20 cm
Description Author Information Reviews
Born into a Jewish ghetto in Hungary, as a child, Elie Wiesel was sent to the Nazi concentration camps at Auschwitz and Buchenwald. This is his account of that atrocity: the ever-increasing horrors he endured, the loss of his family and his struggle to survive in a world that stripped him of humanity, dignity and faith. Describing in simple terms the tragic murder of a people from a survivor's perspective, Night is among the most personal, intimate and poignant of all accounts of the Holocaust. A compelling consideration of the darkest side of human nature and the enduring power of hope, it remains one of the most important works of the twentieth century.

Elie Wiesel was born in 1928 in Sighet, Transylvania, which is now part of Romania. He was fifteen years old when he and his family were deported by the Nazis to Auschwitz. After the war, Elie Wiesel studied in Paris and later became a journalist. During an interview with the distinguished French writer, Francois Mauriac, he was persuaded to write about his experiences in the death camps. The result was his internationally acclaimed memoir, La Nuit or Night, which has since been translated into more than thirty languages.