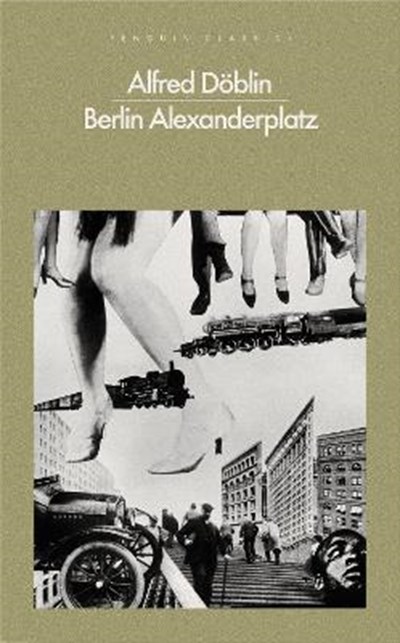 Publisher: Penguin Books Ltd
ISBN: 9780141191614
Number of Pages: 480
Published: 01/02/2018
Width: 13.5 cm
Height: 21.6 cm
Description Author Information Reviews
The great novel of 1920s Berlin life, in a new translation by Michael Hofmann, translator of Alone in Berlin Franz Biberkopf is back on the streets of Berlin. Determined to go straight after a stint in prison, he finds himself thwarted by an unpredictable external agency that looks an awful lot like fate. Cheated, humiliated, thrown from a moving car; embroiled in an underworld of pimps, thugs, drunks and prostitutes, Franz picks himself up over and over again - until one day he is struck a monstrous blow which might just prove his final downfall. A dazzling collage of newspaper reports, Biblical stories, drinking songs and urban slang, Berlin Alexanderplatz is the great novel of Berlin life: inventing, styling and recreating the city as reality and dream; mimicking its movements and rhythms; immortalizing its pubs, abattoirs, apartments and chaotic streets. From the gutter to the stars, this is the whole picture of the city. Berlin Alexanderplatz brought fame in 1929 to its author Alfred Doeblin, until then an impecunious writer and doctor in a working-class neighbourhood in the east of Berlin. Success at home was short-lived, however; Doblin, a Jew, left Germany the day after the Reichstag Fire in 1933, and did not return until 1945. This landmark translation by Michael Hofmann is the first to do justice to Berlin Alexanderplatz in English, brilliantly capturing the energy, prodigality and inventiveness of Doeblin's masterpiece.

Alfred Doeblin, one of the great figures of German modernism, was born in 1878 to a Jewish family. He moved to Berlin at the age of ten, where he remained for the next 45 years. Doeblin's 1929 masterpiece Berlin Alexanderplatz made him famous, but he was forced to flee to France and then Los Angeles during the years of the Nazi dictatorship. He died in 1957. Michael Hofmann is a poet and translator from the German. For Penguin he has translated four books by Hans Fallada, in addition to works by Franz Kafka, Ernst Junger, Irmgard Keun and Jakob Wassermann.