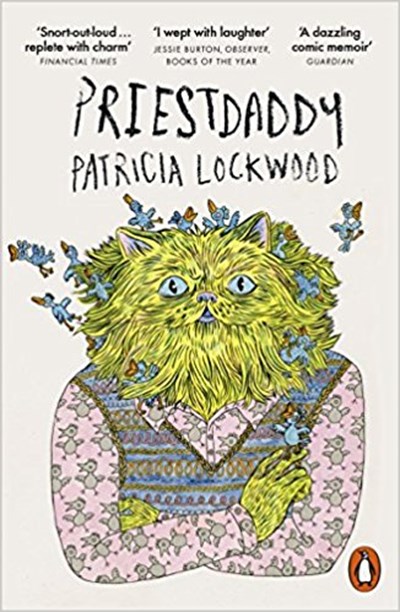 eBook FAQ
Add to Basket
Publisher: Allen Lane
ISBN: 9780141984599
Number of Pages: 352
Published: 03/05/2018
Width: 12.9 cm
Height: 19.8 cm
Description Author Information Reviews
The childhood of Patricia Lockwood, the poet dubbed' The Smutty-Metaphor Queen of Lawrence, Kansas' by The New York Times, was unusual in many respects. There was the location: an impoverished, nuclear waste-riddled area of the American Midwest. There was her mother, a woman who speaks almost entirely in strange riddles and warnings of impending danger. Above all, there was her gun-toting, guitar-riffing, frequently semi-naked father, who underwent a religious conversion on a submarine and found a loophole which saw him approved for the Catholic priesthood by the future Pope Benedict XVI, despite already having a wife and children

Patricia Lockwood was born in Fort Wayne, Indiana, USA and raised in all the worst cities of the Midwest. Her debut collection, Balloon Pop Outlaw Black, was released in 2012 by Octopus Books; her second collection, Motherland Fatherland Homelandsexuals, was published by Penguin Books in 2017. Her poems have appeared widely, including in The New Yorker, The London Review of Books, Tin House and Poetry, and her writing on politics and literature has appeared in New Republic and The London Review of Books.