No One Is Too Small to Make a Difference 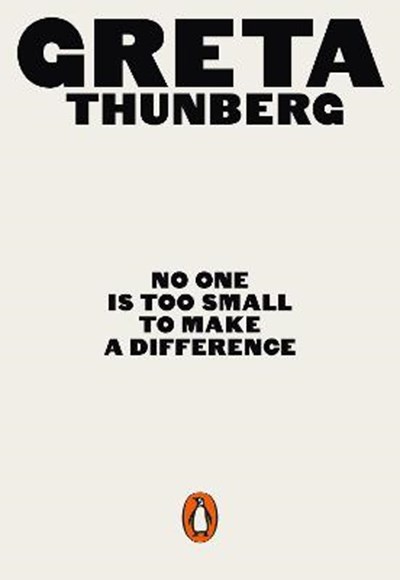 No One Is Too Small to Make a Difference

QTY
Add to Basket
Publisher: Penguin Books Ltd
ISBN: 9780141991740
Number of Pages: 80
Published: 30/05/2019
Width: 11.2 cm
Height: 16.1 cm
Description Author Information Reviews
The history-making, ground-breaking speeches of Greta Thunberg, the young activist who has become the voice of a generation 'Everything needs to change. And it has to start today' In August 2018 a fifteen-year-old Swedish girl, Greta Thunberg, decided not to go to school one day. Her actions ended up sparking a global movement for action against the climate crisis, inspiring millions of pupils to go on strike for our planet, forcing governments to listen, and earning her a Nobel Peace Prize nomination. This book brings you Greta in her own words, for the first time. Collecting her speeches that have made history across Europe, from the UN to mass street protests, No One Is Too Small to Make A Difference is a rallying cry for why we must all wake up and fight to protect the living planet, no matter how powerless we feel. Our future depends upon it.

Greta Thunberg was born in 2003. In August 2018, she started a school strike for the climate outside the Swedish Parliament that has since spread all over the world and now involves over 1 million schoolchildren. The movement is now called Fridays For Future. Thunberg has spoken at climate rallies across Europe. In December she attended the United Nations COP24 in Katowice, Poland, where she addressed the Secretary-General and made a speech that was shared many million times around the globe. In January 2019 she was invited to the World Economic Forum in Davos where her speeches again made a worldwide impact. She has won the prestigious Prix Liberte and been nominated for a Nobel Peace Prize. Thunberg is vegan, and doesn't fly, in order to live a low-carbon life.