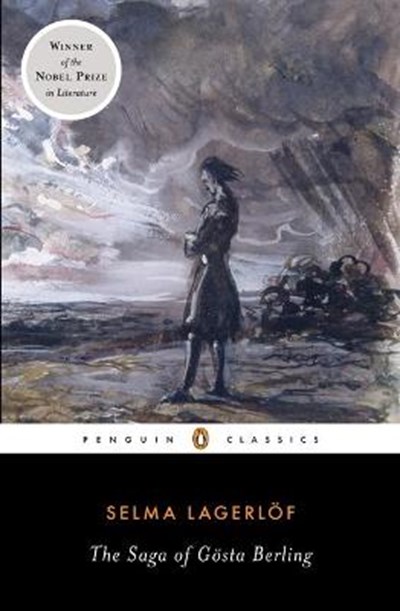 QTY
Add to Basket
Publisher: Penguin Books Ltd
ISBN: 9780143105909
Number of Pages: 399
Published: 06/01/2011
Width: 13.2 cm
Height: 19.8 cm
Description Author Information Reviews
One hundred years ago, Selma Lagerloef became the first woman to win the Nobel Prize in Literature. She assured her place in Swedish letters with this sweeping historical epic, her first and best-loved novel, and the basis for the 1924 silent film of the same name that launched Greta Garbo to stardom. Set in 1820s Sweden, it tells the story of a defrocked minister named Goesta Berling. After his appetite for alcohol and previous indiscretions end his career, Berling finds a home at Ekeby, an ironworks estate owned by Margareta Celsing, the "Majoress," that also houses and assortment of eccentric veterans of the Napoleanic Wars. Berling's defiant and poetic spirit proves magnetic to a string of women, who fall under his spell against the backdrop of political intrigue at Margareta's estate and the magnificent wintry beauty of rural Sweden.

Selma Lagerloef (1858-1940) was a teacher in a girls' secondary school before she became a full-time writer. She is known around the world for her classic children's book The Wonderful Adventure of Nils Holgersson and she was the first female writer to win the Nobel Prize in 1909.