Why We Need Religion

An Agnostic Celebration of Spiritual Emotions 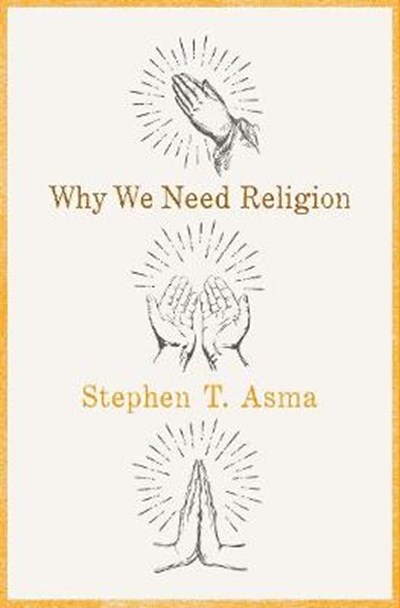 Why We Need Religion

An Agnostic Celebration of Spiritual Emotions

QTY
Add to Basket
Publisher: Oxford University Press Inc
ISBN: 9780190469672
Number of Pages: 272
Published: 23/08/2018
Width: 16.4 cm
Height: 24.4 cm
Description Author Information Reviews
How we feel is as vital to our survival as how we think. This claim, based on the premise that emotions are largely adaptive, serves as the organizing theme of Why We Need Religion. This book is a novel pathway in a well-trodden field of religious studies and philosophy of religion. Stephen Asma argues that, like art, religion has direct access to our emotional lives in ways that science does not. Yes, science can give us emotional feelings of wonder and the sublime -we can feel the sacred depths of nature- but there are many forms of human suffering and vulnerability that are beyond the reach of help from science. Different emotional stresses require different kinds of rescue. Unlike secular authors who that praise religion's ethical and civilizing function, Asma argues that its core value lies in its emotionally therapeutic power. No theorist of religion has failed to notice the importance of emotions in spiritual and ritual life, but truly systematic research has only recently delivered concrete data on the neurology, psychology, and anthropology of the emotional systems. This very recent "affective turn" has begun to map out a powerful territory of embodied cognition. Why We Need Religion incorporates new data from these affective sciences into the philosophy of religion. It goes on to describe the way in which religion manages those systems-rage, play, lust, care, grief, and so on. Finally, it argues that religion is still the best cultural apparatus for doing this adaptive work. In short, the book is a Darwinian defense of religious emotions and the cultural systems that manage them.

Stephen Asma is a Professor of Philosophy and Founding Fellow of the Research Group in Mind, Science, and Culture at Columbia College, Chicago.