Oxford Handbook of Religion and Emotion 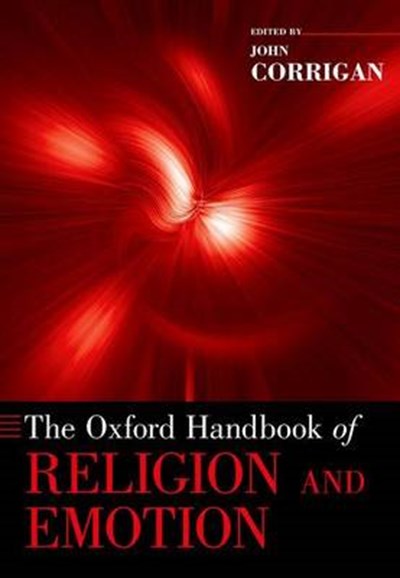 Oxford Handbook of Religion and Emotion

QTY
Add to Basket
Publisher: Oxford University Press Inc
ISBN: 9780190608583
Number of Pages: 536
Published: 04/08/2016
Width: 17 cm
Height: 28.2 cm
Description Author Information Reviews
The academic study of religion recently has turned to the investigation of emotion as a crucial aspect of religious life. Researchers have set out in several directions to explore that new terrain and have brought with them an assortment of instruments useful in charting it. This volume collects essays under four categories: religious traditions, religious life, emotional states, and historical and theoretical perspectives. In this book, scholars engaged in cutting edge research on religion and emotion describe the ways in which emotions have played a role in Buddhism, Christianity, Judaism, Islam, and other religions. They analyze the manner in which key components of religious life - ritual, music, gender, sexuality and material culture - represent and shape emotional performance. Some of the essays included here take a specific emotion, such as love or hatred, and observe the place of that emotion in an assortment of religious traditions and cultural settings. Other essays analyze the thinking of figures such as St. Augustine, Soren Kierkegaard, Jonathan Edwards, Emile Durkheim, and William James. This collection offers a range of critical perspectives on the academic study of religion and emotion, in the form of syntheses, provocations, and prospective observations, that will inform the work of those already engaged in the field. Taken together, the writings included in this handbook serve as an ideal entry point for anyone wishing to familiarize themselves with the new academic study of religion and emotion.

John Corrigan is the Lucius Moody Bristol Distinguished Professor of Religion and Professor of History at the Florida State University.