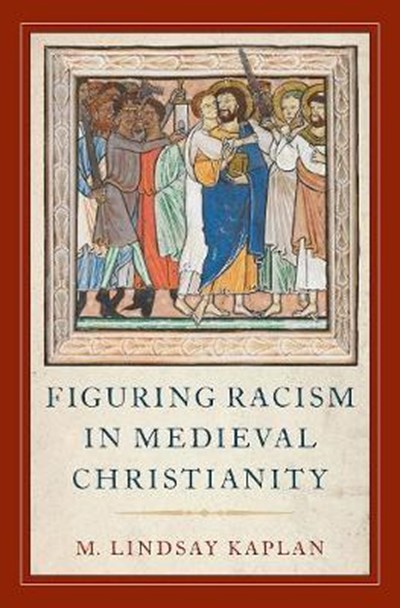 eBook FAQ
Add to Basket
Publisher: Oxford University Press
ISBN: 9780190678241
Published: 01/01/2019
Description Author Information Reviews
In Figuring Racism in Medieval Christianity, M. Lindsay Kaplan expands the study of the history of racism through an analysis of the Christian concept of Jewish hereditary inferiority. Imagined as a figural slavery, this idea anticipates modern racial ideologies in creating a status of permanent, inherent subordination. Unlike other studies of early forms of racism, this book places theological discourses at the center of its analysis. It traces an intellectual history of the Christian doctrine of servitus Judaeorum, or Jewish enslavement, imposed as punishment for the crucifixion. This concept of hereditary inferiority, formulated in patristic and medieval exegesis through the figures of Cain, Ham, and Hagar, enters into canon law to enforce the spiritual, social, and economic subordination of Jews to Christians. Characterized as perpetual servitude, this status shapes the construction of Jews not only in canon law, but in medicine, natural philosophy, and visual art. By focusing on inferiority as a category of analysis, Kaplan sharpens our understanding of contemporary racism as well as its historical development. The damaging power of racism lies in the ascription of inferiority to a set of traits and not in bodily or cultural difference alone; in the medieval context, theological authority affirms discriminatory hierarchies as a reflection of divine will. Medieval theological discourses created a racial rationale of Jewish hereditary inferiority that also served to justify the servile status of Muslims and Africans. Kaplan's discussion of this history uncovers the ways in which racism circulated in pre-modernity and continues to do so in contemporary white supremacist discourses that similarly seek to subordinate these groups.

M. Lindsay Kaplan is Associate Professor of English at Georgetown University where she teaches courses on representations of race and religion in early modern drama. She authored The Culture of Slander in Early Modern England, numerous essays on The Merchant of Venice and produced an edition of the play in the Bedford/St. Martin's Texts and Contexts series.