Oxford Handbook of Religion and the Arts 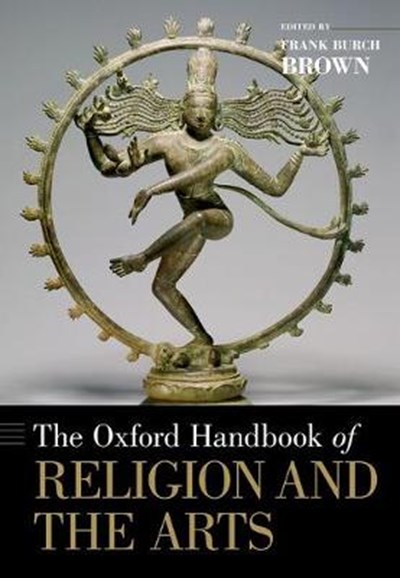 Oxford Handbook of Religion and the Arts

QTY
Add to Basket
Publisher: Oxford University Press Inc
ISBN: 9780190871192
Number of Pages: 564
Published: 01/02/2018
Width: 16.9 cm
Height: 24.4 cm
Description Author Information Reviews
Nearly every form of religion or spirituality has a vital connection with art. Religions across the world, from Hinduism and Buddhism to Eastern Orthodox Christianity, have been involved over the centuries with a rich array of artistic traditions, both sacred and secular. In its uniquely multi-dimensional consideration of the topic, The Oxford Handbook of Religion and the Arts provides expert guidance to artistry and aesthetic theory in religion. The Handbook offers nearly forty original essays by an international team of leading scholars on the main topics, issues, methods, and resources for the study of religious and theological aesthetics. The volume ranges from antiquity to the present day to examine religious and artistic imagination, fears of idolatry, aesthetics in worship, and the role of art in social transformation and in popular religion-covering a full array of forms of media, from music and poetry to architecture and film. An authoritative text for scholars and students, The Oxford Handbook of Religion and the Arts will remain an invaluable resource for years to come.

Frank Burch Brown is Frederick Doyle Kershner Professor of Religion and the Arts at Christian Theological Seminary, Indianapolis, and was recently Alexander Campbell Visiting Professor of Religion and the Arts at the University of Chicago Divinity School. He is the author of five books, including Religious Aesthetics (1989) and Good Taste, Bad Taste, Christian Taste: Aesthetics in Religious Life (2000). He is also a composer, with twenty commissioned works.