Aquinas and the Metaphysics of Creation 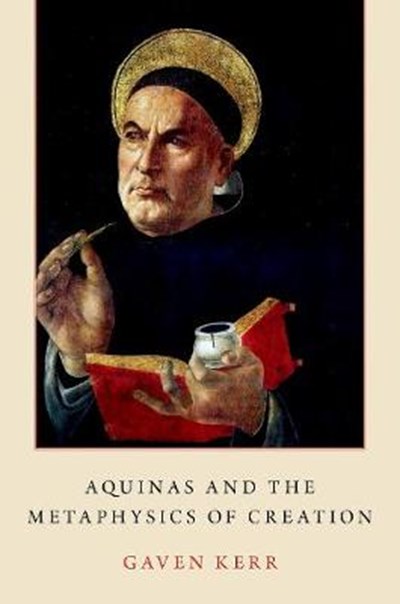 Aquinas and the Metaphysics of Creation

eBook FAQ
Add to Basket
Publisher: Oxford University Press Inc
ISBN: 9780190941307
Number of Pages: 288
Published: 13/08/2019
Width: 14.6 cm
Height: 21.1 cm
Description Author Information Reviews
In this book, Gaven Kerr expands on the brief treatment of creation offered in his 2015 volume, Aquinas's Way to God: The Proof in De Ente et Essentia. Aquinas does not offer one cohesive treatment on the issue of creation; Kerr synthesizes discussions from across his works in order to present a unified Thomistic metaphysics of creation. Kerr argues that Aquinas's metaphysics of creation, wherein God is conceived as the absolute source of all that exists, is the backbone of his philosophical theology. Throughout his writings, the framework of the absolute dependence of creatures on God and of the independence of God as existence itself is ever present. Without understanding this aspect of Aquinas's philosophical thought, Kerr suggests, it is impossible to understand his philosophy of God. When it comes to metaphysics, Thomas is committed to thinking through the issues involved therein on the basis of natural reason. Aquinas and the Metaphysics of Creation demonstrates Aquinas's belief that we must arrive at an affirmation of the existence of God on the basis of a wider metaphysical view as to the constitution of reality, a view that does not presuppose divine truths but can indeed establish them.

Gaven Kerr is a Thomist from Belfast, Northern Ireland, a married father of three, and a Third Order Dominican. He teaches theology at Mary Immaculate College Limerick. He has focused on philosophy and theology throughout his student days and into his academic career, in particular the thought of St Thomas Aquinas. He defends Aquinas's thought within a contemporary context, and by means of that thought he engages with the other non-Thomist traditions.