Another Kind of Normal 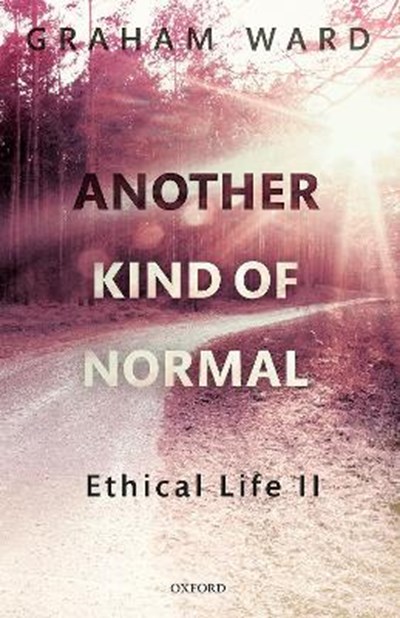 Another Kind of Normal

eBook FAQ
Add to Basket
Publisher: Oxford University Press
ISBN: 9780192843012
Number of Pages: 416
Published: 27/01/2022
Width: 16 cm
Height: 24 cm
Description Author Information Reviews
Every age needs to examine and propose its ways of living ethically. Another Kind of Normal: Ethical Life II constructs a mode of such living according to the Christian tradition, based upon an interpretation of Christ's coming and the relationship of that incarnation to God as the Creator of all things. In the second of four volumes, Graham Ward explores an Augustinian vision of consonance between divine rhythm and the rhythmic orders of creation. On the basis of what Augustine calls the 'interval', it proposes Christ is encountered as riddle, scandal, and paradox. It provides an account of creation as a Trinitarian event that calls for a rethinking of what are the key teachings in Christianity with respect to an understanding of creation as a divine benediction and a theatre for transformation and healing. Ward argues through Scriptural exegesis, for the omnidirectionality of time as graced, rejecting a conception of linear temporality and theologies indebted to that conception. Throughout, participation in God, through our hiddenness in Christ develops an account of the complex relationship between divine and human creativity, appealing to music, painting, poetry, drama, film, architecture, and novels.

Graham Ward is the Regius Professor of Divinity at the University of Oxford and Extraordinary Professor of Systematic Theology and Ecclesiology at the University of Stellenbosch. Among his books are Cities of God (Routledge), Cultural Transformation and Religious Practice (CUP), True Religion (Blackwell), Christ and Culture (Blackwell), The Politics of Discipleship (Baker Academic) and Unbelievable (I.B.Tauris). Along with Michael Hoelzl, he is also the translator of two of Carl Schmitt's works: Political Theology II (Polity) and Dictatorship (Polity).