John the Theologian and his Paschal Gospel

A Prologue to Theology 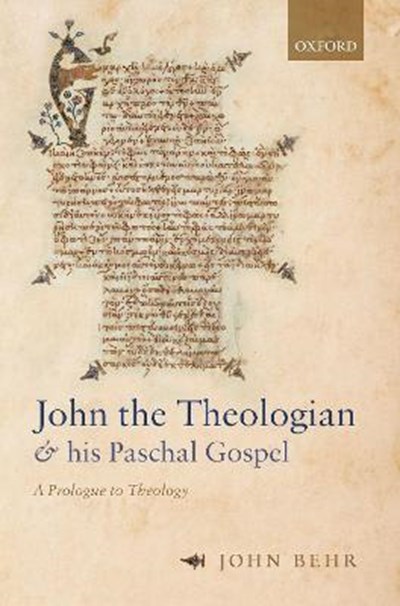 John the Theologian and his Paschal Gospel

A Prologue to Theology

QTY
Add to Basket
Publisher: Oxford University Press
ISBN: 9780192844910
Number of Pages: 408
Published: 28/06/2021
Width: 15.6 cm
Height: 23.4 cm
Description Author Information Reviews
This study brings three different kinds of readers of the Gospel of John together with the theological goal of understanding what is meant by Incarnation and how it relates to Pascha, the Passion of Christ, how this is conceived of as revelation, and how we speak of it. The first group of readers are the Christian writers from the early centuries, some of whom (such as Irenaeus of Lyons) stood in direct continuity, through Polycarp of Smyrna, with John himself. In exploring these writers, John Behr offers a glimpse of the figure of John and the celebration of Pascha, which held to have started with him. The second group of readers are modern scriptural scholars, from whom we learn of the apocalyptic dimensions of John's Gospel and the way in which it presents the life of Christ in terms of the Temple and its feasts. With Christ's own body, finally erected on the Cross, being the true Temple in an offering of love rather than a sacrifice for sin. An offering in which Jesus becomes the flesh he offers for consumption, the bread which descends from heaven, so that 'incarnation' is not an event now in the past, but the embodiment of God in those who follow Christ in the present. The third reader is Michel Henry, a French Phenomenologist, whose reading of John opens up further surprising dimensions of this Gospel, which yet align with those uncovered in the first parts of this work. This thought-provoking work brings these threads together to reflect on the nature and task of Christian theology.

John Behr is the Regius Chair in Humanity at the University of Aberdeen. He previously served as Fr George's Florovsky Distinguished Professor of Patristics at St Vladimir's Seminary, where he acted as Dean from 2007-17, and the Metropolitan Kallistos Chair of Orthodox Theology at the Vrije Universiteit of Amsterdam. His publications include critical editions and translations of the fragments of Diodore of Tarsus and Theodore of Mopuestia (2011) and Origen's On First Principles (2017). He is the author of Irenaeus of Lyons: Identifying Christianity (2013), Becoming Human: Theological Anthropology in Word and Image (2013), and Asceticism and Anthropology in Irenaeus and Clement (2000).