Fallen Angels in the Theology of St Augustine 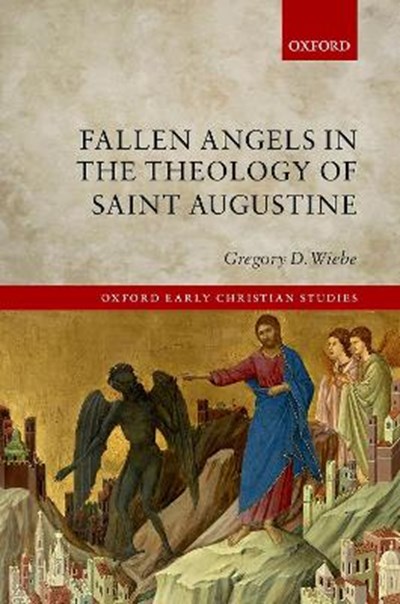 Fallen Angels in the Theology of St Augustine

eBook FAQ
Add to Basket
Publisher: Oxford University Press
ISBN: 9780192846037
Number of Pages: 288
Published: 28/09/2021
Width: 16.1 cm
Height: 24 cm
Description Author Information Reviews
This book ventures to describe Augustine of Hippo's understanding of demons, including the theology, angelology, and anthropology that contextualize it. Demons are, for Augustine as for the Psalmist (95:5 LXX) and the Apostle (1 Cor 10:20), the "gods of the nations." This means that Augustine's demons are best understood neither when they are "spiritualized" as personifications of psychological struggles, nor in terms of materialist contagions that undergird a superstitious moralism. Rather, because the gods of the nations are the paradigm of demonic power and influence over humanity, Augustine sees the Christian's moral struggle against them within broader questions of social bonds, cultural form, popular opinion, philosophical investigation, liturgical movement, and so forth. In a word, Augustine's demons have a religious significance, particularly in its Augustinian sense of bonds and duties between persons, and between persons and that which is divine. Demons are a highly integrated component of his broader theology, rooted in his conception of angels as the ministers of all creation under God, and informed by the doctrine of evil as privation and his understanding of the fall, his thoughts on human embodiment, desire, visions, and the limits of human knowledge, as well as his theology of religious incorporation and sacraments. As false mediators, demons are mediated by false religion, the body of the devil, which Augustine opposes with an appeal to the true mediator, Christ, and the true religion of his body, the church.

Gregory D. Wiebe holds a PhD in Religious Studies from McMaster University, Hamilton (Canada). His focus has been studying the work of St. Augustine of Hippo, as well as patristic and Orthodox theology more broadly. Gregory works part time in the academic administration at Canadian Mennonite University, where he also occasionally teaches.