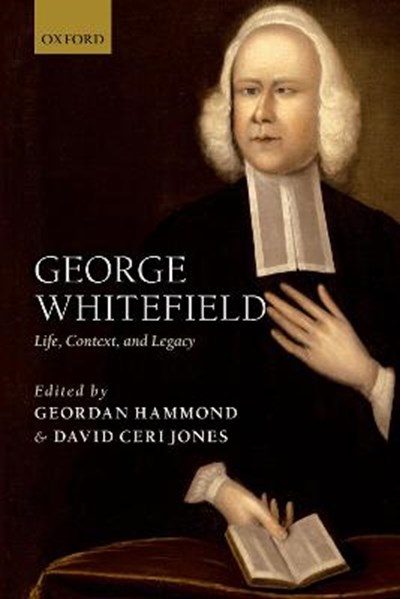 QTY
Add to Basket
Publisher: Oxford University Press
ISBN: 9780192846174
Number of Pages: 352
Published: 12/08/2021
Width: 15.5 cm
Height: 23.5 cm
Description Author Information Reviews
George Whitefield (1714-70) was one of the best known and most widely travelled evangelical revivalist in the eighteenth century. For a time in the middle decades of the eighteenth century, Whitefield was the most famous person on both sides of the Atlantic. An Anglican clergyman, Whitefield soon transcended his denominational context as his itinerant ministry fuelled a Protestant renewal movement in Britain and the American colonies. He was one of the founders of Methodism, establishing a distinct brand of the movement with a Calvinist orientation, but also the leading itinerant and international preacher of the evangelical movement in its early phase. Called the 'Apostle of the English empire', he preached throughout the whole of the British Isles and criss-crossed the Atlantic seven times, preaching in nearly every town along the eastern seaboard of America. His own fame and popularity were such that he has been dubbed 'Anglo-America's first religious celebrity', and even one of the 'Founding Fathers of the American Revolution'. This collection offers a major reassessment of Whitefield's life, context, and legacy, bringing together a distinguished interdisciplinary team of scholars from both sides of the Atlantic. In chapters that cover historical, theological, and literary themes, many addressed for the first time, the volume suggests that Whitefield was a highly complex figure who has been much misunderstood. Highly malleable, Whitefield's persona was shaped by many audiences during his lifetime and continues to be highly contested.

Geordan Hammond is Director of the Manchester Wesley Research Centre and Senior Lecturer in Church History and Wesley Studies at Nazarene Theological College. David Ceri Jones is a Reader in Early Modern History at Aberystwyth University.