Fate, Authority, Allegory, and the Structure of Scripture 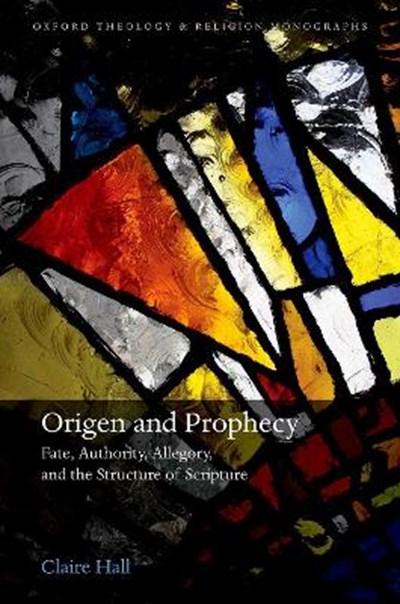 Fate, Authority, Allegory, and the Structure of Scripture

eBook FAQ
Add to Basket
Publisher: Oxford University Press
ISBN: 9780192846648
Number of Pages: 240
Published: 24/09/2021
Width: 16.4 cm
Height: 24 cm
Description Author Information Reviews
Origen is frequently hailed as the most important Christian writer of his period (c.185-c.255 AD), and the first systematic theologian. Origen and Prophecy: Fate, Authority, Allegory, and the Structure of Scripture examines whether there was a system to Origen's thinking about prophecy. How were all of these quite different topics - future-telling, moral leadership, mystical revelation - contained in the single word 'prophecy'? Origen and Prophecy presents a new account of Origen's concept of prophecy which takes its cue from the structure of Origen's thinking about scripture. He claims that scripture can be read in three different senses: the straightforward, or 'somatic' (bodily) sense; the moral, or 'psychic' (soul-ish) sense; and the mystical, or 'pneumatic' (spiritual) sense. This threefold structure, says Origen, underpins all of scripture and is intimately linked through Christ with the structure of the Holy Trinity. This book illustrates how Origen thought about prophecy using the same threefold structure, with somatic (future-telling), psychic (moral), and pneumatic (mystical revelatory) senses. The chapters weave through several centuries of Greek pagan, Jewish, and Christian thinking about prophecy, divination, time, human nature, autonomy and freedom, allegory and metaphor, and the role of the divine in the order and structure of the cosmos.

Claire Hall is an Examination Fellow at All Souls College, Oxford. She completed a DPhil in Theology in Oxford in 2019, and before that she did an MPhil in Classics (2015) and a BA in Classics (2014), both in Cambridge. She works on religious and scientific knowledge of the future in Greek antiquity, including in pagan, Jewish, and Christian writers, mostly in the first few centuries AD.