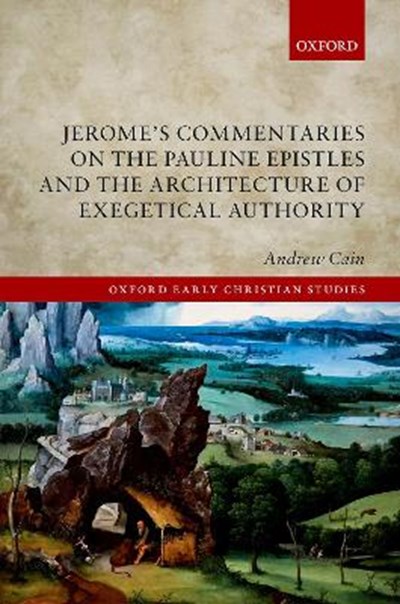 eBook FAQ
Add to Basket
Publisher: Oxford University Press
ISBN: 9780192847195
Number of Pages: 304
Published: 14/10/2021
Width: 16.3 cm
Height: 24.1 cm
Description Author Information Reviews
In the late fourth and early fifth centuries, during a fifty-year stretch sometimes dubbed a Pauline "renaissance" of the western church, six different authors produced over four dozen commentaries in Latin on Paul's epistles. Among them was Jerome, who commented on four epistles (Galatians, Ephesians, Titus, Philemon) in 386 after recently having relocated to Bethlehem from Rome. His commentaries occupy a time-honored place in the centuries-long tradition of Latin-language commenting on Paul's writings. They also constitute his first foray into the systematic exposition of whole biblical books (and his only experiment with Pauline interpretation on this scale), and so they provide precious insight into his intellectual development at a critical stage of his early career before he would go on to become the most prolific biblical scholar of Late Antiquity. This monograph provides the first book-length treatment of Jerome's opus Paulinum in any language. Adopting a cross-disciplinary approach, Cain comprehensively analyzes the commentaries' most salient aspects-from the inner workings of Jerome's philological method and engagement with his Greek exegetical sources, to his recruitment of Paul as an anachronistic surrogate for his own theological and ascetic special interests. One of the over-arching concerns of this book is to explore and to answer, from multiple vantage points, a question that was absolutely fundamental to Jerome in his fourth-century context: what are the sophisticated mechanisms by which he legitimized himself as a Pauline commentator, not only on his own terms but also vis-a-vis contemporary western commentators?

Andrew Cain is Professor of Classics at the University of Colorado at Boulder. A specialist in the Greek and Latin literature of Late Antiquity, he is the author of seven books (and co-editor of four multi-authored volumes) on a range of ancient authors and genres, from epistolography to monastic hagiography and the patristic biblical commentary. In addition to serving on numerous editorial boards, he is Editor of the Journal of Late Antiquity.