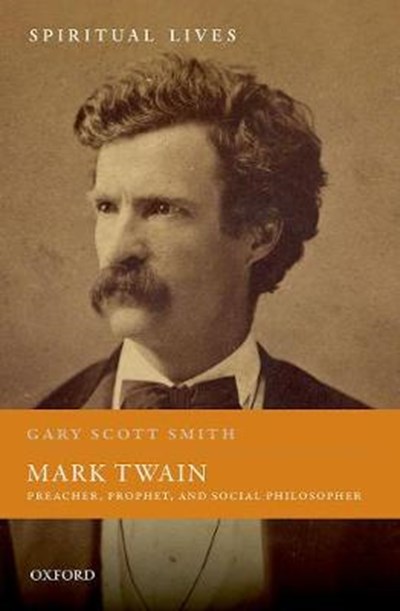 eBook FAQ
Add to Basket
Publisher: Oxford University Press
ISBN: 9780192894922
Number of Pages: 272
Published: 22/07/2021
Width: 13.5 cm
Height: 20.2 cm
Description Author Information Reviews
Mark Twain's literary works have intrigued and inspired readers from the late 1860s to the present. His varied experiences as a journeyman printer, river boat pilot, prospector, journalist, novelist, humorist, businessman, and world traveller, combined with his incredible imagination and astonishing creativity, enabled him to devise some of American literature's most memorable characters and engaging stories. Twain had a complicated relationship with Christianity. He strove to understand, critique, and sometimes promote various theological ideas and insights. His religious perspective was often inconsistent and even contradictory. While many scholars have overlooked Twain's strong interest in religious matters, others disagree sharply about his religious views-with many labelling him a secularist, an agnostic, or an atheist. In this compelling biography, Gary Scott Smith shows that throughout his life Twain was an entertainer, satirist, novelist, and reformer, but also functioned as a preacher, prophet, and social philosopher. Twain tackled universal themes with penetrating insight and wit including the character of God, human nature, sin, providence, corruption, greed, hypocrisy, poverty, racism, and imperialism. Moreover, his life provides a window into the principal trends and developments in American religion from 1865 to 1910.

Gary Scott Smith taught at Grove City College from 1978 to 2017 where he chaired the History Department and coordinated the Humanities Core. He received Grove City's inaugural Professor of the Year award in 2000, and the next year he was named Pennsylvania Professor of the Year by the Carnegie Foundation for the Advancement of Teaching and the Council for Advancement and Support of Education. He is the author or editor of seventeen books.